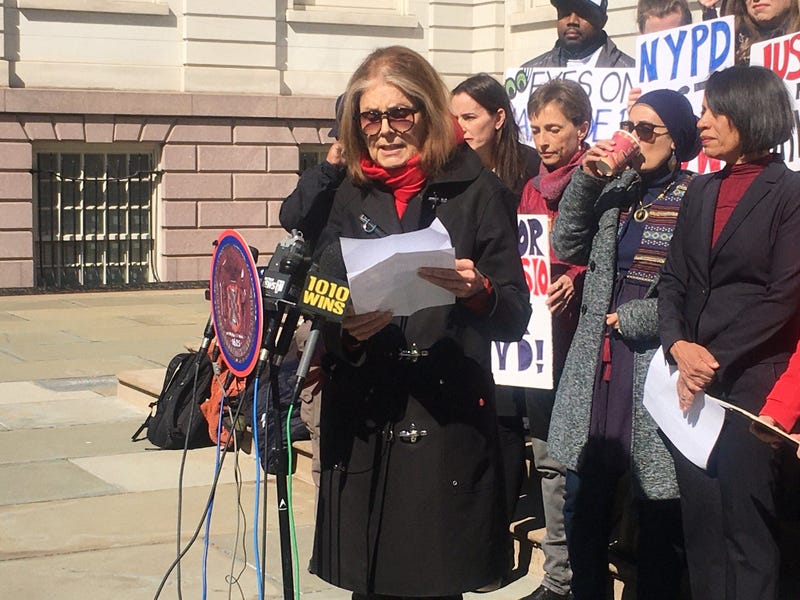 NEW YORK (WCBS 880) — Sexual assault survivors and anti-rape advocates on Monday rallied at City Hall to demand reforms at the NYPD’s Special Victims Division, and they got some support from a trailblazing feminist.

“This story symbolizes the fact that something is terribly lacking with the NYPD's Special Victims Division,” said Steinem.

The rally was planned for the beginning of March – which is Women’s History Month – to mark one week since the conviction of Harvey Weinstein for rape and sexual assault.

In addition to Steinem’s support, the group also got approval from Councilwoman Helen Rosenthal, chair of the Committee on Women & Gender Equity.

Rosenthal says the dismissal by the NYPD shows a lack of staffing and proper training – which can lead to more crimes and victims.

“Then the guy's out and he assaults three more women,” she said. “So we are calling on the mayor today to create an elite, world class special victims division.”

She added: “We want every rape survivor to get justice, including those who have no public voice. And that won’t happen until the crisis in the NYPD’s Special Victims Division is addressed.”

The group, Steinem and Rosenthal want the Special Victims Division to be double in size and staffed with experienced, well-trained detectives.

There has been no comment from the NYPD or Mayor Bill de Blasio.