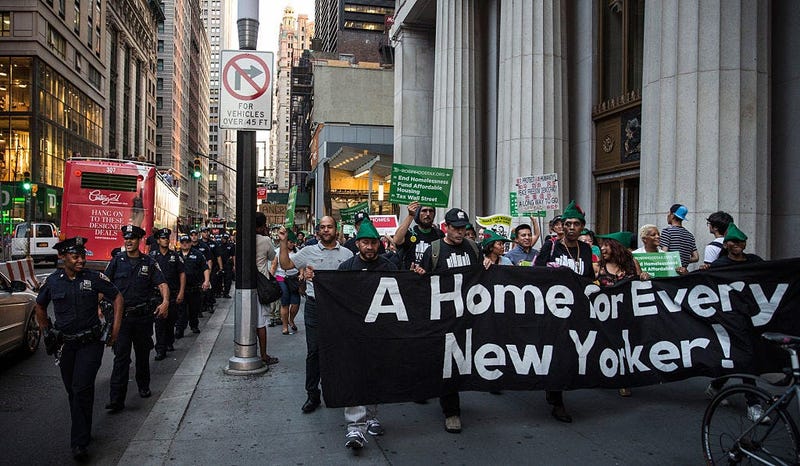 The coalition of 70 advocacy groups, including VOCAL-NY and the Public Accountability initiative, sent a letter Monday to Gov. Andrew Cuomo and lawmakers in Albany, urging them to solve the housing crisis.

As WCBS 880’s Kevin Rincon reports, wages for city renters have been stagnant, there's overcrowding in the five boroughs and there’s a severe shortage of affordable options.

“If you're a homeless New Yorker and you have a CityFHEPS voucher – that you've had for sometimes for years – and you're looking at apartments that were built with your tax money and the apartments themselves can't even be covered by the voucher that the city is given you – this is horribly insulting, said Joe Loonam of VOCAL-NY.

Loonam’s group and others say public housing is in a state of disrepair in New York City, yet the state continues to give billions in tax breaks to corporate landlords.

“These issues are directly connected: Subsidies and tax abatements for landlords and developers are coming at the expense of investments in repairing and rebuilding public housing,” the coalition’s letter stated.

The advocacy groups want certain tax incentives to be rolled back to help New Yorkers – not developers.

“Working people are footing the bill for subsidies that are received by some of the wealthiest members of our community and people outside our community,” says Robert Galbraith, with the Public Accountability Initiative.

He says the incentives introduced well over a decade ago were well intentioned, but now need to be reined in.