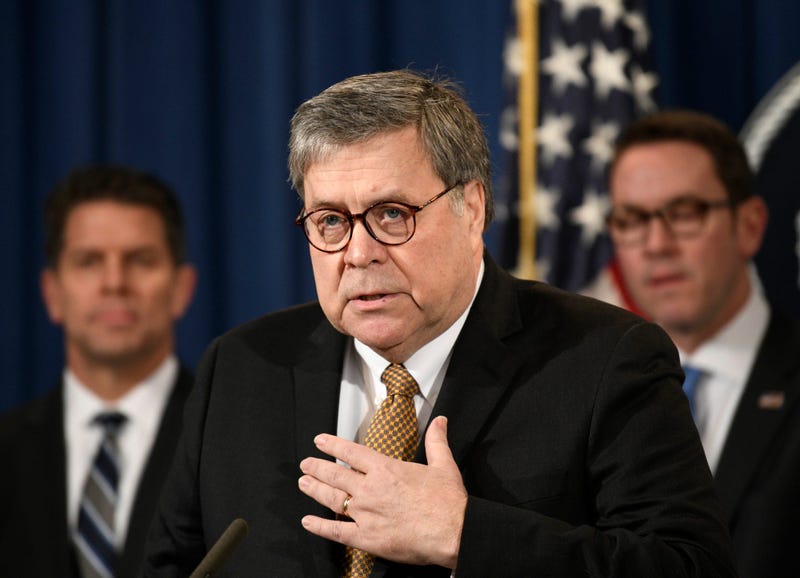 NEW YORK (WCBS 880) — Attorney General William Barr was in Brooklyn on Tuesday to discuss what the federal government is doing to stem the tide of anti-Semitic crimes.

Barr met with leaders of the Orthodox Jewish community in Borough Park and opening the meeting saying he was extremely distressed by the upsurge in violent attacks.

“This administration is going to have zero tolerance for these kinds of violence,” he told those in attendance.

The meeting came one day after International Holocaust Remembrance Day, which marked 75 years since the liberation of Auschwitz.

It also came as the New York City area continues to deal with a spike in anti-Semitic crimes, including a massive shootout inside a kosher grocery store in Jersey City and a machete attack inside a rabbi’s home on the seventh night of Hanukkah.

At the meeting, Barr said he had ordered attorneys across the country to have a point of contact with the Jewish community. He also announced federal hate crime charges against Tiffany Harris, who allegedly slapped three Orthodox Jewish women last month, while shouting anti-Semitic slurs.

Harris had been released from prison without bail under New York’s new bail reform law and was arrested just a day later for allegedly punching a 35-year-old woman near Prospect Park.

When announcing federal charges against Harris, Barr warned that cases like hers may continue.

“I think it’s important for the federal government to plant this flag and to show zero tolerance and this will not be an isolated case. We will move aggressively when we see this kind of activity,” he vowed.

The dozen or so leaders the round table included Rabbi David Zwiebel, the vice president of Agudath Israel of America, who called the visit from the nation's top law enforcement official “reassuring.”

“We can't imagine the government is going to quote: ‘solve the problem;’ but the government can take steps that show that is cares,” he told reporters.