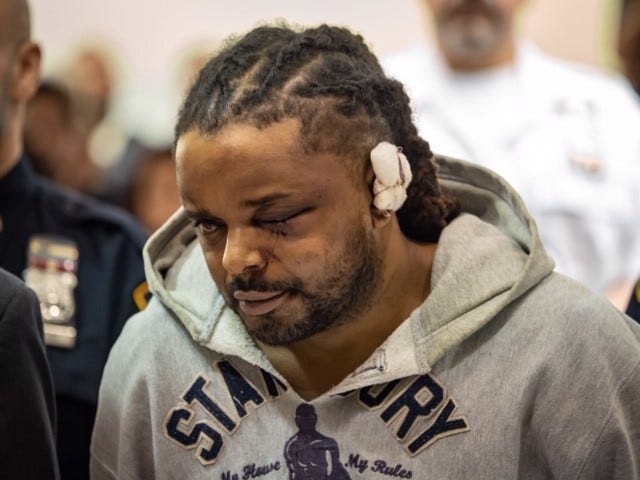 Robert Williams, 45, has been charged with multiple counts of attempted murder after authorities say he wounded two police officers in separate shootings within 12 hours in the Bronx.

As WCBS 880’s Sean Adams reported, a wall of NYPD officers sat stoically in court as they watched the indictment, during which Williams was remanded into custody.

Meanwhile, Williams’ family shouted words of support and told the 45-year-old they loved him before officers led him off to jail.

Many police and government officials have criticized the “anti-police rhetoric” spreading throughout New York City as the root cause behind the shootings.

The Sergeants Benevolent Association also tweeted out an internal NYPD memo warning officers to remain vigilant and to continue extra security measures in wake of the violence.

“There's a lot of press talk about a threat against New York City police officers, but quite frankly, that's not unusual for those of us that have a shield on our chest – we deal with those threats on a regular basis,” Lynch said. “We do need the community's help. When you hear something, please let the police know.”

He said this is a dangerous time and officers should stay alert.