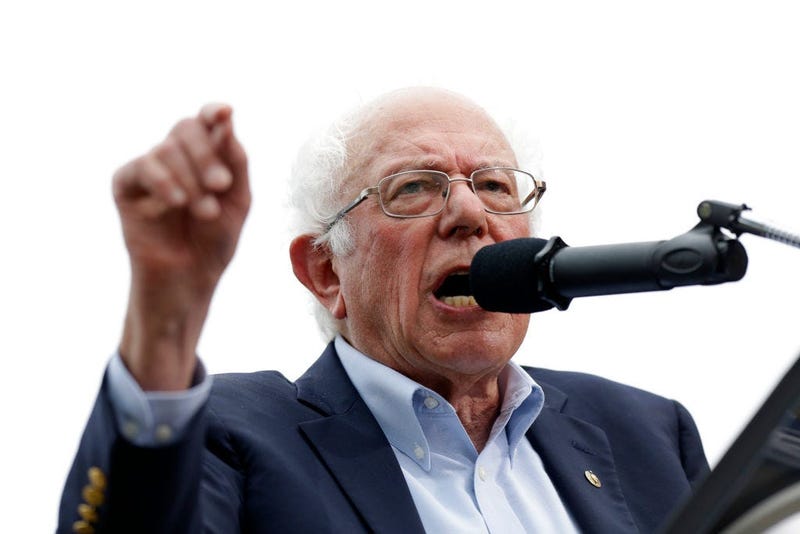 The 78-year-old Vermont senator announced his decision to suspended his presidential campaign on a staff conference call Wednesday.

He is addressing his supporters in a live stream thanking them for volunteering, contributing to his campaign and attending his rallies.

While Sanders had a strong finish in early primaries, winning New Hampshire and Nevada, he fell behind Biden in recent contests.

Many of his former opponents, including Pete Buttigieg and Amy Klobuchar, have endorsed Biden, but it's not clear if Sanders will do the same.

This is a breaking news story...

news
‘Paramedic of the Year’ arrested for allegedly helping steal COVID vaccines
news
TSA doubles rate of guns caught at airports in 2020 and a staggering amount were loaded
news
How quickly can US ramp up vaccinations?
music
'Larry King' executive producer reveals the one thing that drove her nuts
sports
Austin Rivers absolutely unconscious in first half, goes 10-10 from the field