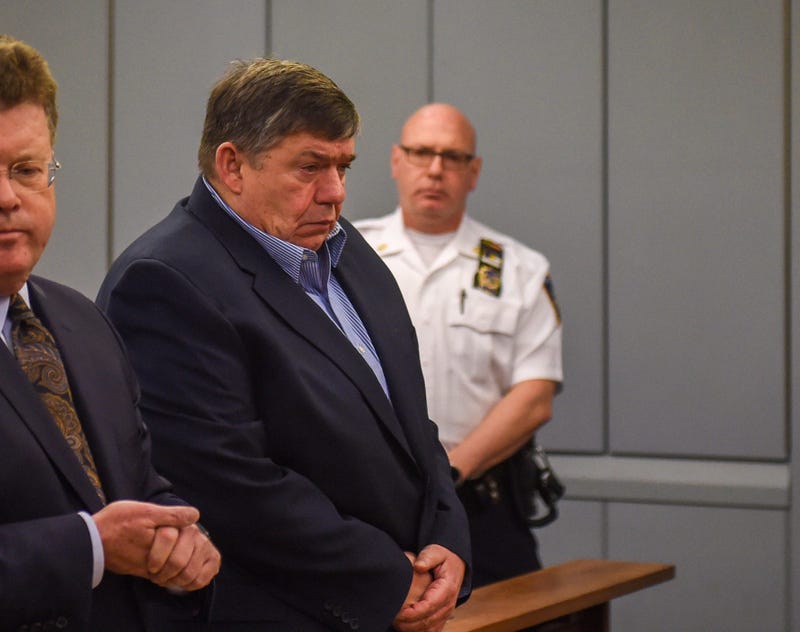 RIVERHEAD, N.Y. (WCBS 880) — The father of a Long Island Boy Scout who was killed while hiking in Manorville last year testified Thursday during Thomas Murphy’s trial.

John McMorris, the father of 12-year-old Andrew McMorris, was overcome with despair as he took the stand, saying he was “scared to death” as he watched his only son die.

In the emotional testimony, McMorris said he was accompanying his son’s Boy Scout troop on a Sept. 30, 2018 hike. While they were finishing the route, he says his son and three other boys were struck by a white Mercedes driven by 60-year-old Murphy.

McMorris said he saw objects flying through the air and ran to the scene to find his 12-year-old son lying unconscious on the ground. He told the courtroom there was blood pouring out of his head and nose and both of the boy’s legs were broken.

The 48-year-old father says he saw Murphy standing near the scene and as he tried to assist the dying boy, he heard the 60-year-old ask, “Are they going to be okay?”

McMorris said he screamed: “No, they are not going to be okay.”

Prosecutors allege Murphy crashed his vehicle in the group of children as they hiked along the shoulder of the road after he spent a morning drinking at a nearby golf course.

The 60-year-old has pleaded not guilty to a 16-count indictment.

On Wednesday, a judge said four charges may be dropped against Murphy. They are aggravated vehicular homicide, DWI, vehicular manslaughter and vehicular assault.

Months ago, Murphy apologized for his “role” in Andrew’s death and did not originally intend to go to trial in order to save the McMorris family more heartache.

Outside the courthouse Wednesday, McMorris’ wife, Alisa, noted the trial has been extremely painful, especially for her husband.

“It's heartbreaking to make him go through that. My husband is the bravest man I know,” she told reporters.

WCBS 880’s Sophia Hall reports that while in the courtroom, she did not see any emotion from Murphy during McMorris’ testimony.