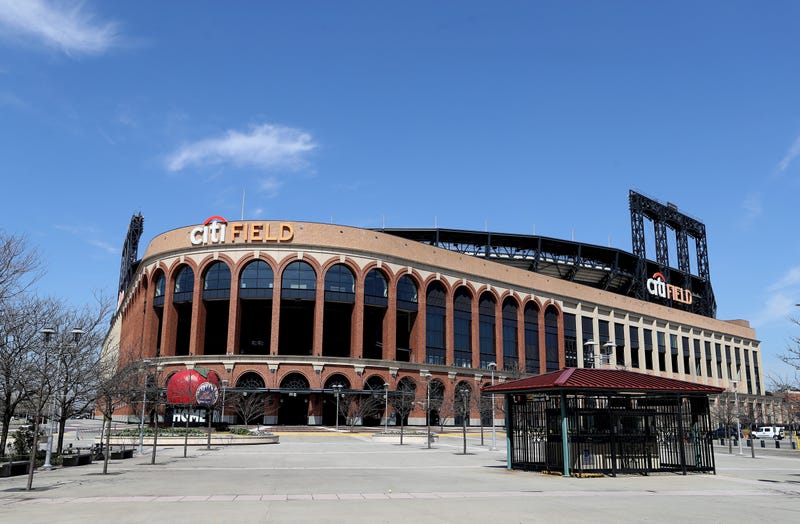 NEW YORK (WCBS 880) -- The boys of summer are back in town, but establishments near Yankee Stadium and Citi Field are fighting an uphill battle in a comeback dampened by a baseball season without fans in attendance.

"So far, since the pandemic, my sales are down $300,000," said Joe Bastone whose family has owned Yankee Tavern for 93 years.

On the WCBS Small Business Spotlight, sponsored by BNB Bank, Joe Connolly and Neil A. Carousso examine how the local economy is impacted by empty stadiums as Major League Baseball begins its 2020 season Thursday night with the Yankees in Washington, D.C. The Mets host the Atlanta Braves on Friday in their season opener that can be heard on WCBS 880 at 4:10 PM.

Bastone says 50 percent of his revenue is earned during Yankees home games. Patronizing his bar and restaurant is a game day routine for fans who travel from the region and throughout the country. Yanks legend Babe Ruth was known for buying a round of beer there for fans to celebrate a Bombers victory.

"It's really devastating," he lamented.

Yankee Tavern is only making 10 percent of what it typically earns on 161st Street. Bastone added televisions to an extended outdoor dining space with indoor dinning prohibited under state law indefinitely. He hopes people will enjoy a ballgame from his establishment beyond the right field gate.

"I just got a rent bill, which included $85,000 in real estate taxes," he said, continuing, "I just don't understand why we're paying real estate taxes when the municipalities, the State and the City tell us we're not allowed to operate."

Bastone told Connolly and Carousso that "half" of businesses in the 161 Street Business Improvement District, which represents many of the merchandise shops and sports bars outside The Stadium, will not survive the pandemic-related shutdowns and the 2020 MLB season absent fans.

Irene DeBenedittis, third generation owner of Leo's Latticini in Corona, Queens, is looking at the glass half full despite a grim outlook for what is typically their busy season with both the Mets in town and the U.S. Open Tennis Championships that draws millions of people from around the world every summer.

"I had the plexiglass set up for outside and we're just doing takeout and home orders," she said. "For now, I think it's going well like that."

Her grandparents started the family deli in the 1930s. Irene grew up making fresh mozzarella with her two sisters Carmela and Marie. Their mother Nancy took over the business and was beloved by her customers. But, the millions of Mets fans who came for lunch before an afternoon game at Shea Stadium and the City workers who stopped in on their lunch hour for a homemade hero did not know her as Nancy; they knew her as "Mama" - the endearing nickname that lives on since she passed away in 2009, as the deli is colloquially referred to the name of their Citi Field concession designation "Mama's of Corona."

"I'm proud of what we were taught - our ethics, the background," DiBenedittis said.

It's that positive outlook on life that is getting her through this crisis.

"You have to appreciate what you have and work for it," she said.

Irene told Joe and Neil that she is operating her Queens deli out of love - the same unconditional love her grandparents instilled in Mama who raised three daughters in a community that saw them as family.

She said in these unprecedented circumstances, she encourages her workers to treat their customers "like yourself or your family."

DiBenedittis says Leo's Latticini is earning a much smaller profit amid the coronavirus pandemic between the deli and the bakery next door. The concession at Citi Field, where they sell their specialty sandwiches and Italian desserts, will remain closed this season.

"We're doing the best we can," she said.

Hear what a baseball season without fans means for the local economy plus stories about legendary players going out to eat on the WCBS Small Business Spotlight Podcast on the RADIO.COM app or on the media player above.