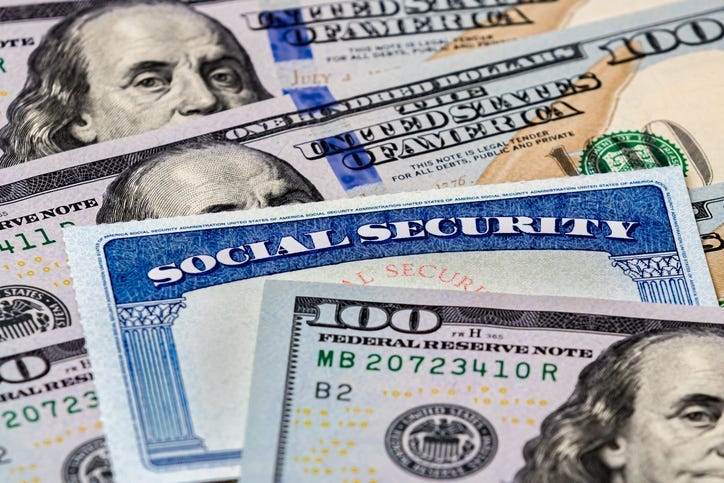 Sign up for WCBS 880's daily newsletter for the latest updates on the coronavirus pandemic.

Financial adviser and best-selling author Rick Edelman has some real concerns about whether Social Security can survive this crisis.

Q: There have been dire predictions about social security for years. Is this pandemic further weakening the system?

A: Unfortunately it is. The Social Security Trust Fund is being depleted. For the first time ever, the system is paying out more money than it's collecting revenues and that's forcing the Social Security Administration to dip into the trust fund. They have been projecting for a long time that at this rate, the trust will be depleted by 2035. At that point benefits will have to be cut 25 percent across the board — every beneficiary, every retiree will get 25 percent less in about 15 years. But now there's a new set of data because of COVID. The Bipartisan Policy Center has just released a report that takes into consideration the 36 million jobs that have been lost. That means 36 million people no longer paying payroll taxes, which means that much less revenue into the system. As a result, the trust fund is now projected to go away not in 2035 but 2029.

Q: Do you think some people of a certain age who've lost their jobs will just call it quits and start tapping into Social Security earlier than expected?

A: Well they may need to have to. If you are in your 60s and you haven't yet started your benefits because you know the longer you wait the more you'll eventually get, now you lost your job, you don't have any income and you're eligible for Social Security. Many folks are forced to consider tapping into their benefits. The problem is that although that'll give you income today, you're going to be locked into a lower income for the rest of your life. That's why I've been pushing Congress to allow people to tap into their Social Security benefits temporarily just during the crisis and then when the crisis is over stop because they'll no longer need the money once we get back to work. We're hopeful that Congress will institute reforms not just like that but more broadly to protect the Social Security trust fund so that in nine years millions of American households won't suffer massive losses of income.

Q: Do you worry that some people though won't stop when this is all over? They'll become comfortable with tapping into Social Security and and just drain the system.

A: I don't know that they would be draining the system. The system is going to get drained anyway. This is money they're entitled to. We're all contributing into the system throughout our working careers, this is money that's being promised to us and Congress has an obligation to fulfill that promise to each of us. So it wouldn't bother me if somebody decided you know what I don't have to go back into the workforce I'm financially secure with my retirement account. That'll create a job for someone else and help the economy recover. So I'm not terribly worried if somebody does that, I'm more concerned that people are dependent on Social Security and it's not there for them. That's a much bigger risk.

Q: Do you foresee a day when Social Security is completely insolvent?

A: No, and the simple reason is that most of the money that Social Security pays out it collects in tax revenue from workers. So that covers about 75 percent of its expenses. So that'll always be in place. There's enough workers earning enough money to pay enough in taxes to pay out 75 percent of the benefits. It's the other twenty five percent that's in serious jeopardy.