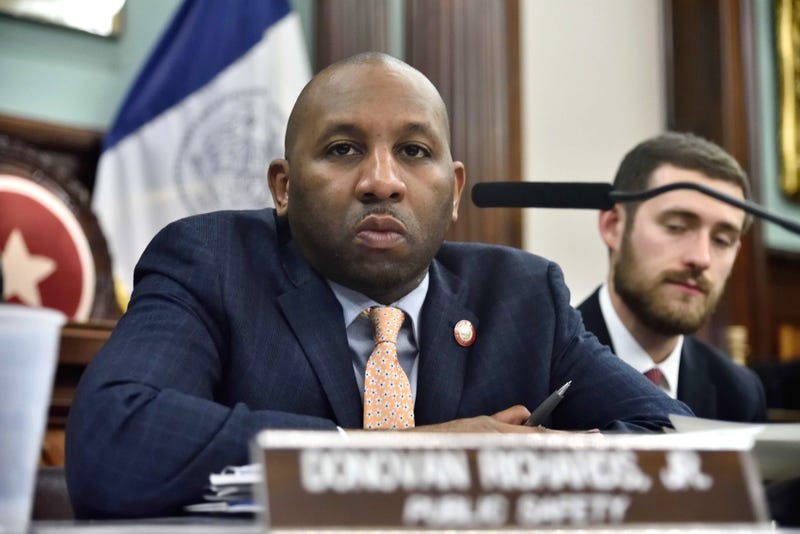 After nearly two weeks of protests in New York City over the death of George Floyd in Minnesota, lawmakers have agreed that it’s time for real policy changes.

The City Council is expected to work with Mayor Bill de Blasio in the next few weeks to implement changes to the city’s budget, potentially reducing the amount of funding to the NYPD for more youth and social services.

City Council Speaker Corey Johnson is among the lawmakers who are in favor of police reform and reinvesting some police funding back into communities. He wants to “follow the lead of cities like Minneapolis” and “re-envision and re-imagine what policing looks like.”

NYPD Commissioner Dermot Shea was expected to be at the public safety committee hearing, but instead sent First Deputy Benjamin Tucker to testify.

In his opening remarks, Chairman Donovan Richards made it known he was unhappy with the substitute after days of violent clashes between the NYPD and protesters.

“Commissioner Shea had an opportunity to answer for the actions of the department in the middle of the major crisis over the history of racialized brutality in the city and he sends the black man who didn't get the job. That's just shameful,” Richards said.

Tucker defended the nation's largest, and he says most highly scrutinized police department, citing unprecedented progress over the past six years in police community relations, a steep drop in unlawful stops, arrests and the issuing of summonses.

Tucker said the department would support the bill to criminalize chokeholds, but only if the chokehold is intentional.

He said the bill would “would criminalize any form of restraint that restricts the flow of air or blood...in the course of affecting or attempting to affect an arrest.”

Tucker notes that could then criminalize the rendering of CPR with chest compressions or the Heimlick maneuver.