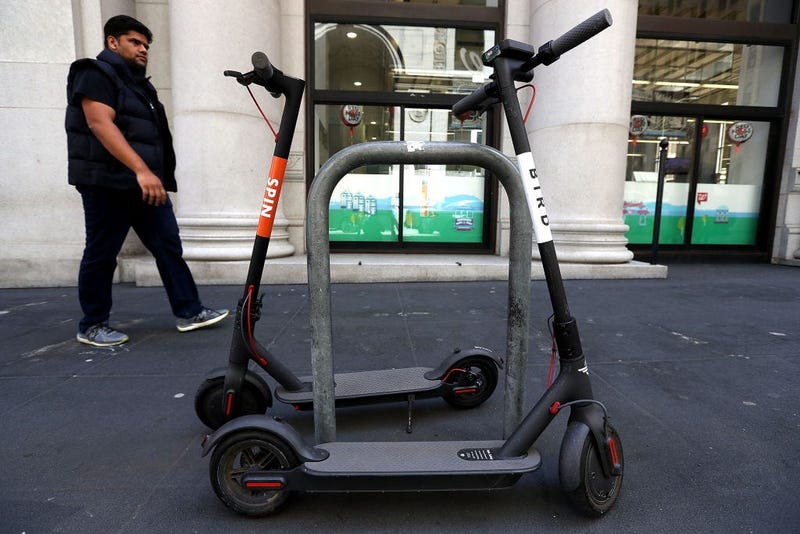 NEW YORK (WCBS 880) — City lawmakers on Thursday took the first step in legalizing e-bikes and e-scooters in the five boroughs.

The City Council approved three bills that will legalize the alternative modes of transportation and a share program in the outer boroughs.

“It’s time to recognize and act on solutions to transit inequity, social injustice and transit alternatives that take cars off the road and decrease air pollution,” said Council Member Fernando Cabrera, who introduced the legislation two years ago. “This is extremely important, especially in communities like my district, with some of the highest rates of asthma and other respiratory illnesses in the state, that don’t have a bike share program, and where people have been hit hardest by COVID-19.”

Under the new law, only e-bikes that remain illegal, if operated unsafely, will be impounded by police.  The current fines of up to $500 for the illegal bikes will be lowered, providing relief for delivery workers.

Councilman Carlos Menchaca says those delivery drivers have been considered essential during the pandemic but were regularly targeted by police.

“It took a global pandemic to teach New Yorkers, especially the mayor, that these workers are essential and that their work should not be criminalized,” he said.

The city’s Department of Transportation would set up a CitiBike-style sharing program for scooters in Queens, Brooklyn, Staten Island and the Bronx.

However, some council members feel a sharing program at this point in time is too risky.

Councilman Peter Koo, who represents Flushing, notes that New York City is still on the downward trend from the virus and doesn’t want to risk another outbreak.

“Under normal times, it’s already too congested,” he explains.

Mayor Bill de Blasio says he thinks it was “crazy” that the e-bikes and e-scooters were ever illegal and says he will sign the bills into law.

“People need more safe ways to get around. People need their livelihood,” he said.

He notes that the city will continue to watch for safety issues surrounding the bikes and scooters, but he supports their legalization.

The sharing pilot is expected to be up and running by March 2021, but not in Manhattan due to a state ban on scooter sharing programs.

Neighborhoods that aren’t served by existing bike-share programs — like Citi Bike — will be given priority.