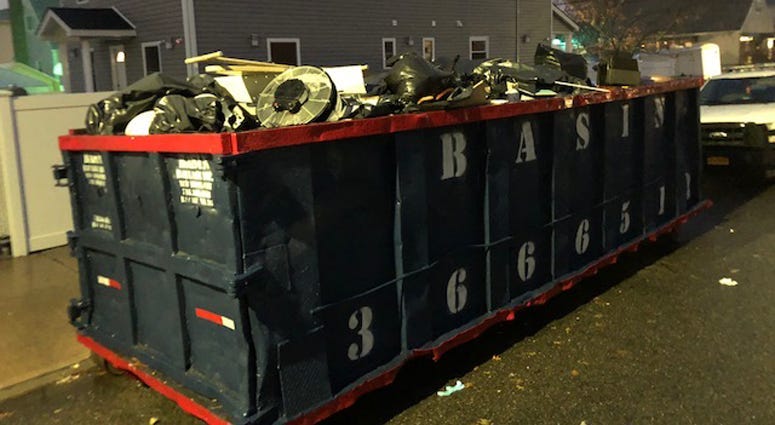 NEW YORK (WCBS 880) — Pumps are running around the clock to stop sewage from re-entering homes in Queens, where officials have yet to find a permanent fix for a sewer main backup that flooded basements with human waste last week.

Initially last weekend it was thought Thanksgiving grease poured down drains coagulated and caused a backup, but the city's Department of Environmental Protection pinpointed the problem in a clogged pipe deep underground near Kennedy Airport.

As the clean up continues, many residents are concerned about replacing what they've lost.

"Our life is completely empty," said one South Ozone Park resident whose furniture, kitchen appliances and other items were lost after 42 inches of sewage flooded his basement. "Right now the city has it under control but we lost a lot of stuff, everything's gone."

The City Council is going to investigate claims of a slow response following a flood calls to 311.