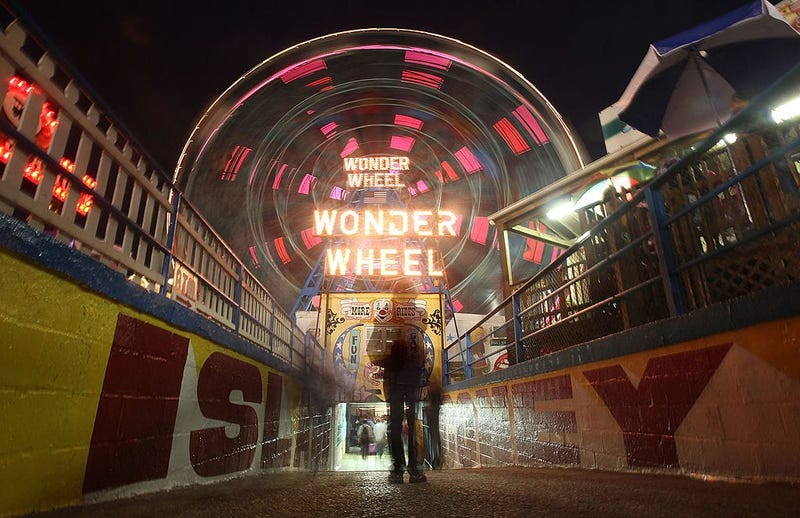 NEW YORK (WCBS 880) — Business owners on Coney Island say they have been ignored by the city and state, saying they are struggling and have missed a window of opportunity now that summer is coming to an end.

Councilman Mark Treyger says for the first time in nearly 100 years, the amusement park on Coney Island was closed, delivering a devastating blow to businesses in the area.

“Outdoor amusements still do not have any guidance whatsoever, in terms of reopening,” he explains.

Dennis Vourderis, of Deno’s Wonder Wheel Amusement Park, says the financial impact of the pandemic is beyond comparison. Now, he says he doesn’t know if the Wonder Wheel at Coney Island will ever run again.

He says it hurts even more knowing that the park could have accommodated guests with the coronavirus guidelines in place.

“It was designed to be socially distant. The cars are 50-feet apart. The people who ride in each one of the vehicles are with their own group, their own family,” he explains.

That uncertainty is also felt by the owners of Luna Park, who say they did not know what to tell their nearly 2,000 seasonal workers.

“We have no idea what to tell them about their future, that we don't have any idea what to say about our own future,” said Alessandro Zamperla, of the park.

“It became even more difficult to explain why couldn't we open Luna Park and the Wonder Wheel when you could go to Six Flags,” she said. “What was so different about New Jersey?

In Washington, Congressman Hakeem Jeffries says the ongoing deadlock in the Senate has left them paralyzed to help local businesses.