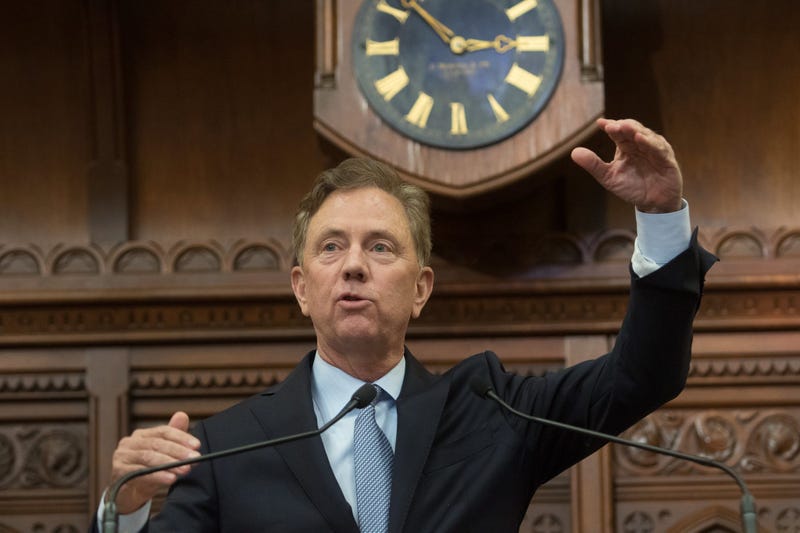 HARTFORD, Conn. (WCBS 880) — The Connecticut State Police Union on Wednesday announced a vote of no confident in Gov. Ned Lamont.

The votes show that troopers are angry and feel betrayed by the governor following the mass protests sparked by the killing of George Floyd in Minnesota.

Following days of protest, Connecticut passed a Police Accountability Law – which the State Police Union is now suing the state of Connecticut over.

The union is particularly upset by the part of the law that allows the public release of personnel records, even when complaints of misconduct are unfounded. New York State passed a similar law, repealing the controversial 50-A law, which shielded police for decades from having misconduct records publicized.

The police union criticized Lamont for signing the bill, Rovella for failing to speak out against portions of the legislation and Eckersley for alleged failures in leadership, among other reasons.

Cops say the new law violates their contract and could do harm to a troopers’ reputation. Troopers say that section also makes it easier to sue officers, which they say would deter people from becoming police officers and prompt a wave of retirements.

The union is suing the state in federal court, asking a judge to declare parts of the law unconstitutional.

Gov. Lamont and Eckersley have yet to comment on the votes of no confidence while Rovella spokesman Brian Foley called the votes “political posturing” by union leadership.