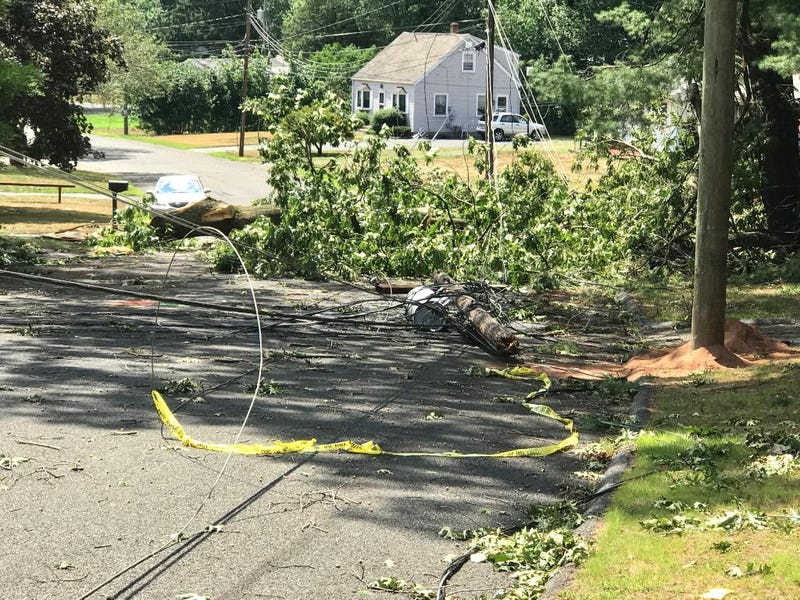 HARTFORD, Conn. (WCBS 880) — Connecticut's attorney general is looking for harsh consequences for utility companies that left thousands in the dark over the past week.

Connecticut Attorney General William Tong says residents pay hundreds of dollars a month and in return, they are left in the dark for days on end without answers. He questions what the people are really getting for their money.

“It's been a stunning failure on the part of our state's utilities,” Tong said Tuesday.

Tong is filing motions to try to hold Eversource and United Illuminating accountable.

The power companies are being asked to turn over a hefty load of documents, including a timeline of preparations, forecasts the companies used and a rundown of work crew assignments.

“What's really concerning are reports that there were work crews that may have been available that weren't deployed,” Tong said.

Around 70,000 people were still in the dark on Tuesday morning in the Tri-State area, one week after Tropical Storm Isaias tore through New Jersey, New York and Connecticut. While the storm was mild in compared to others, the gusty winds tore down hundreds of trees, knocking out power lines to thousands.

Tong is now also petitioning PURA, the Public Utilities Regulatory Authority, to allow legal proceedings that would set the stage for much harsher penalties for the utilities.