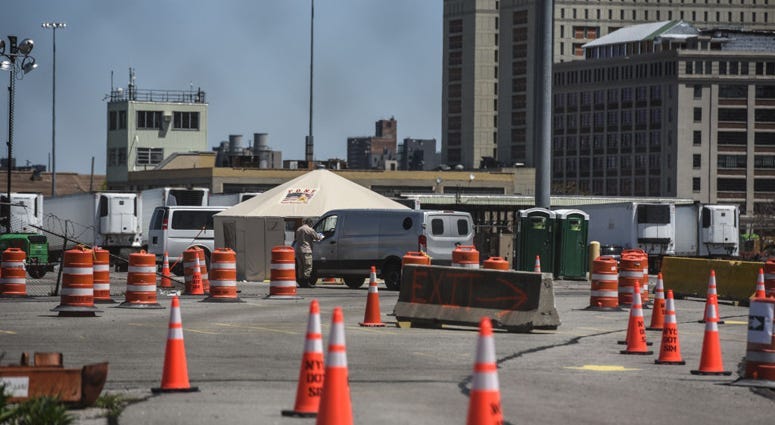 The city medical examiner's office reported twice as many overall deaths in the fiscal year that ended in June, compared to the previous year.

"The number of deaths reported to OCME increased, corresponding to the surge in NYC deaths during the pandemic," the report stated.

"Drawing from expertise developed post-9/11, the NYC Office of the Chief Medical Examiner (OCME) led the City’s response to the unprecedented number of deaths by conducting medico-legal investigations as well as serving as the City’s mortuary," the Mayor's Management Report read. "OCME partnered with NYC Emergency Management (NYCEM) to help 135 NYC hospitals expand and manage their own morgue capacity, creating temporary morgue capacity in healthcare facilities throughout the City. OCME also rapidly established four portable mortuary units in Manhattan, Queens, and Brooklyn, to ensure dignified and respectful treatment of the deceased."

The number of autopsies performed by the medical examiner actually dropped because most staff were reassigned to handle the surge in bodies sent to the morgue.

"In the midst of the pandemic, the OCME laboratories were essentially closed but for some high-priority cases and the majority of laboratory staff were temporarily reassigned to assist in the mortuary to keep up with the surge in deaths," the report read. "This contributed to a delay in reports that are relied upon by Medical Examiners to help complete autopsy reports."