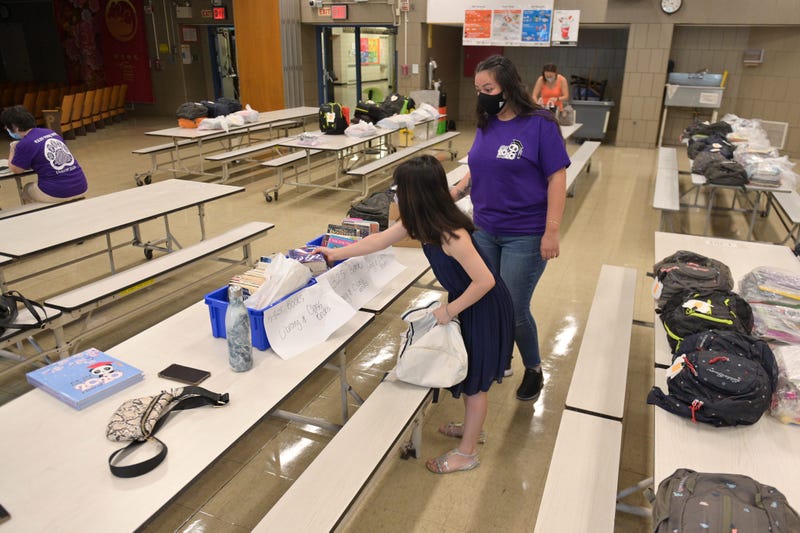 NEW YORK (WCBS 880) — Gov. Andrew Cuomo says a decision on school plans is coming within a few days, but noted that parents would make the final call as he criticized New York City's proposal.

The governor on Sunday stressed that the decision to reopen schools lies with the state, and he noted that he was not happy with the city’s potential reopening plans.

“My point on these plans is it's about the parents being comfortable. Just because a school district says we've open, doesn't mean students are going to go,” he said.

On Monday he reiterated his feelings, saying parents will make the ultimate decision as to whether they send their children back to school or not.

New York City submitted a 32-page reopening plan late Friday night, and the governor said he was disappointed it came in so late. One of Cuomo’s advisors then called the proposal more of an “outline” than a “plan.”

Though, Mayor Bill de Blasio had publicly detailed a step-by-step approach of how the city would deal with instances of COVID-19 in any reopened school.

When asked by WCBS 880 reporter Rich Lamb if he was frustrated by the state’s response to the plan, the mayor responded, “I am past the point of irritation. I just focus on the work and I just focus on what I need to do for my fellow New Yorkers.”

The mayor defended the schools reopening blueprint, saying it's been worked on for months with the unions “literally daily” and called it the “most extensive approach in the country” in terms of protecting health and safety.

Gov. Cuomo is still concerned, however, and especially worried about teachers boycotting schools.

“I don't know that it would have to come down to a strike but if the union and the teachers aren't comfortable, they are not gonna show up, that's a problem,” he said on Sunday.

The governor says anything over a 9% positive rate over a 7-day average would trigger a school closure.

While some school districts may remain closed through the fall, the governor does anticipate allowing some districts in the state to safely reopen.