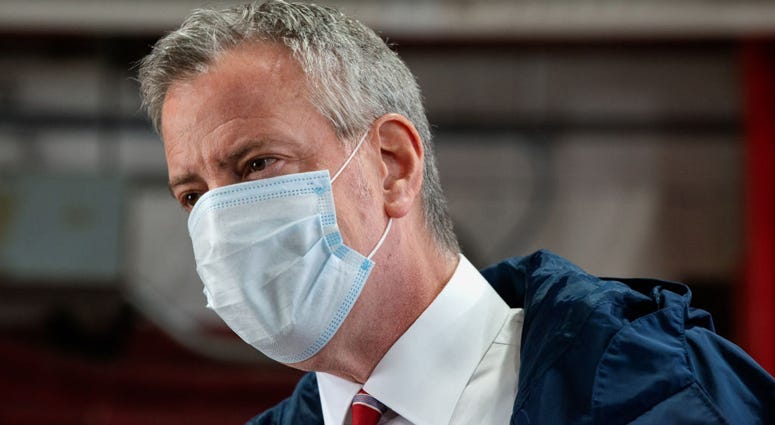 NEW YORK (WCBS 880) — Mayor Bill de Blasio will likely face a new lawsuit over his decision to remove around 300 homeless men from a hotel-turned-temporary-shelter on the Upper West Side.

On Wednesday, City Hall decided to evict the nearly 300 homeless men who have been living at the Lucerne Hotel, which had been temporarily turned into homeless shelter amid the coronavirus pandemic, following public outcry from residents in the area.

Mayor de Blasio, at a press conference, said the decision was made after he witnessed the conditions at the hotel.

“I went and saw for myself on the Upper West Side last week and what I saw was not acceptable and had to be addressed,” he told reporters.

However, the mayor is now being accused of siding with anti-homeless activists, though the mayor denies that.

“We want to always be focused on what’s healthy and safe for the community and folks that are homeless,” he said.

The Legal Aid Society is now preparing a lawsuit against New York City on behalf of the homeless individuals.

“While the mayor does have control over some parts of how the shelter system works. It can't be at the detriment of people's health,” said Attorney Beth Hofmeister.

She says there's no public health rationale for the “musical chairs” the city is playing with homeless individuals to accommodate those who live near the Lucerne.

People in another shelter, the Harmonia, are also preparing to move soon, and Hofmeister says a lot of them are disabled.

“We are prepared to go to court and ensure that our clients are receiving the care that they're legally entitled to under the law,” she told WCBS 880.

Hofmeister says proximity to doctors and accommodations, such as elevators and accessible bathrooms, are crucial to people’s health.

Mayor de Blasio maintains that the city had decided to make the move because of newly available space.

“There's fewer and fewer people in shelters and more room to work with. It's exactly the time to start getting out of hotels,” the mayor insists.