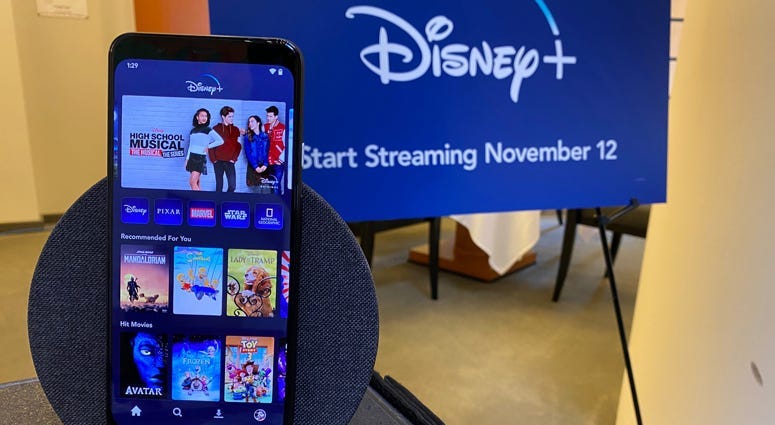 NEW YORK (AP) — Disney's brand-new streaming service Disney Plus may be a victim of its own success.

The problems started a little before 7 a.m., according to downdetector.com, a website that tracks outages. It received more than 8,000 reports of difficulties, mostly with video streaming. Others reported problems logging in.

Disney is working to resolve the issue after consumer demand exceeded its expectations, said spokeswoman Karen Hobson. The company did not say what caused the problem.

Disney Plus is the latest offering to try and steal the streaming crown held by Netflix.

CNET senior reporter Joan Solsman believes its extensive library will help Disney Plus stand out among the crop of new services popping up.

"Disney has a really good competitive weapon against Netflix and that's that it has this gigantic library already," Solsman said. "Netflix is spending billions and billions of dollars to build up a wide variety of programming. Disney has the advantage of alread having a lot of that built in and people know about it. People already love Mavel, they already love Star Wars, they know Pixar and that will work to its advantage."

Available shows include the new "Star Wars" series, "The Mandalorian," which was a top trending topic Tuesday morning on Twitter.

WCBS880.com contributed to this report.