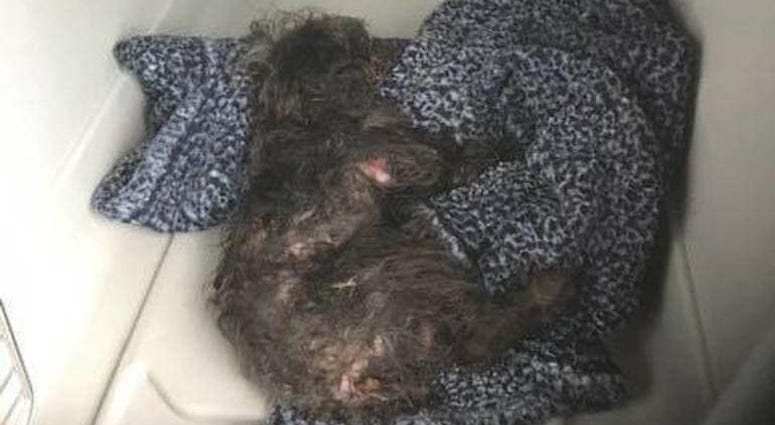 PATERSON, N.J. (WCBS 880) — A small poodle named "Bear" is fighting for his life after officials say he was thrown from a car in New Jersey over the weekend.

The dog was thrown from a vehicle in the area of 927 Market Street in Paterson at approximately 1:30 p.m. Saturday.

Bear was also emaciated and matted when he was found lying in the street. The shelter said it appears the dog suffered "a lifetime of neglect."

He is receiving around the clock care at Oradell Animal Hospital, but is minimally response and his condition remains "guarded," the group said, adding " our little guy needs a miracle."

Anyone with information is asked to contact Detective Richard Martinez at 973-881-3640.