NEW YORK (WCBS 880) — As the number of novel coronavirus cases continue to grow both locally and globally, we turned to the New York City area's top expert on disaster planning with questions about the response to the COVID-19 outbreak.

Dr. Irwin Redlener, director of the National Center for Disaster Preparedness at Columbia University, sat down with our reporter Peter Haskell for our In Depth podcast this week.

Most of the coronavirus cases in New York stem from a New Rochelle man who went to work at his Manhattan law firm, rode Metro-North, attended his synagogue and infected his family.

So what if you worked in his office building or another building where someone has the virus?

Redlener said he admits it's a serious concern.

"The level of uncertainty itself is almost as worrisome as the coronavirus," he said. "So in other words if I'm working in that building, not on that person's floor, not in that business, I don't take the Metro-North in, I just literally work in the building where this gentleman works, I would feel uncomfortable. But I think the thing to do is to really pay attention to the personal hygiene habits that public health officials are recommending. In other words, a lot of very frequent hand washing." 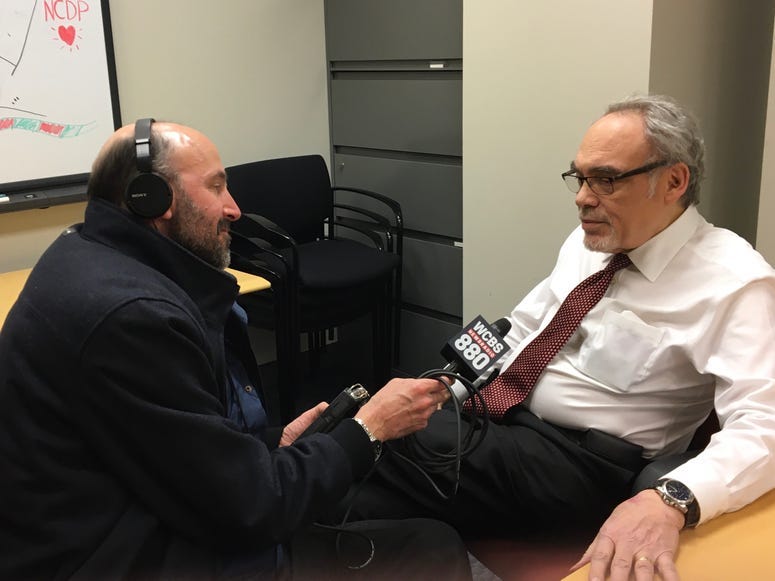 The patient from New Rochelle has two children whose schools have closed and Redlener thinks it's a good idea.

"Because if one of the kids was sitting in a classroom with the infection and sneezing or coughing, that would put other children at risk of getting this," Redlener said.

What about situations where you don't know of a risk, such as holding a hand rail or pushing an elevator button? While those may seem hard to avoid, Redlener said that's where precautions come into play.

"We do know that the virus can survive on surfaces for at least a few hours," Redlener said. "There are ways of dealing with that. I get off the elevator and I go right to the restroom and wash my hands thoroughly."

It's a city of close quarters and tight spaces, so the new cases to emerge this week likely won't be the last and patients who might become sick from community transmission will likely become more common

Redlener said he expects to see a significant increase in New York and elsewhere, but he said he's confident the city is "getting as prepared as we possibly can be."

He has been involved in the city's planning for these cases and Redlener said so far he's been impressed by what he's seen.

"The mayor wants all of his agencies to be thinking of worst cases scenarios," Redlener said.

One of the trickiest situations is if a New York City public school student becomes infected. Do you close the school?

"I'm of the opinion of probably not, but on the other hand I'm talking as a public health professional, but as a parent I must admit that I would feel uncomfortable sending my child to a school where the coronavirus has been identified," Redlener said.

Hear the entire conversation on the RADIO.COM app or wherever you get your podcasts.