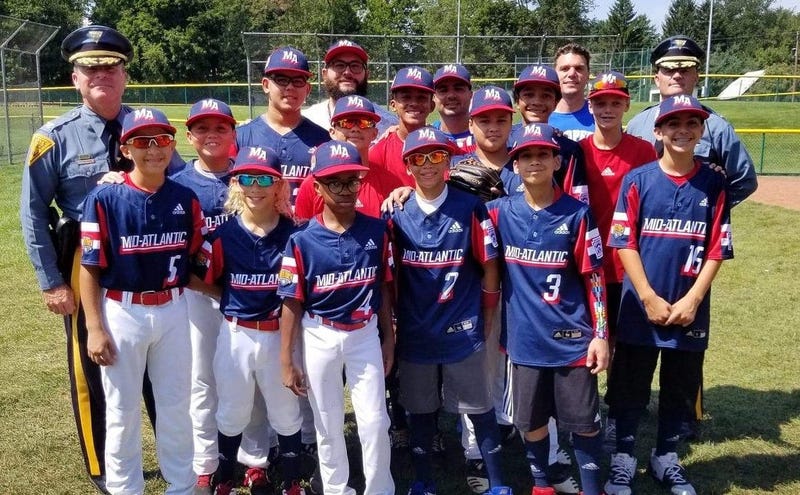 The Elmora Troopers from Elizabeth were knocked out of the Little League World Series after losing 4-1 to a team from Louisiana on Wednesday in Williamsport.

The team played their second-straight elimination game, and unlike the first one, which was a scoreless game until the end, this time around, the Troopers were in an early hole and never got out.

The Troopers were in an early 1-0 hole, it quickly became 4-0, and before they could mount a serious comeback in the sixth, the game was over.

So, the dream is over, but the people of Elizabeth who have shown up to watch a bunch of 12 year olds represent their neighborhood on a national stage are far from disappointed.

"Knowing that their city is believing in their efforts and are really proud of them, I think, anyone would be happy to feel that way," said Manny Cabo, a one-time contestant on "The Voice" who also happens to be from Elizabeth.

He was one of the dozens of people who watched the last game at Suspender's Pub in Union.

Suspenders Pub in Union is the place to be this morning for fans of the Elmora Troopers, playing Louisiana in the Little League World Series. @wcbs880 pic.twitter.com/YzY4HavVTR

"It's amazing to see what 10 and 12 year olds can do for a community. I mean, they don't even realize what they've done at this point," Tona said, adding when they have a chance to look back at all they've accomplished, it will be worth it.

Coach Jairo Labrador told his players after the game that they will always be successful, and as WCBS 880's Mack Rosenberg reported, there was not a single person at the pub who disagreed, especially Julie Sims who taught some of the children when they were in kindergarten.

#EYL #Troopers proved that great things are happening in #Elizabeth the boy united our city and state we are so proud of there accomplishments #GreatRun cheer one more time #LetsGoTroopers 👏👏👏👏👏@FlavaFraz21 @MikeTrout @LittleLeague pic.twitter.com/0PZKJbIEGt

"This team is incredible, Jairo is an incredible coach, he's taught these kids to play fair, they play a clean game. He loves every single one of them. Thsi team is built on love and loyalty and trust," she said.

And that love remains even in defeat.