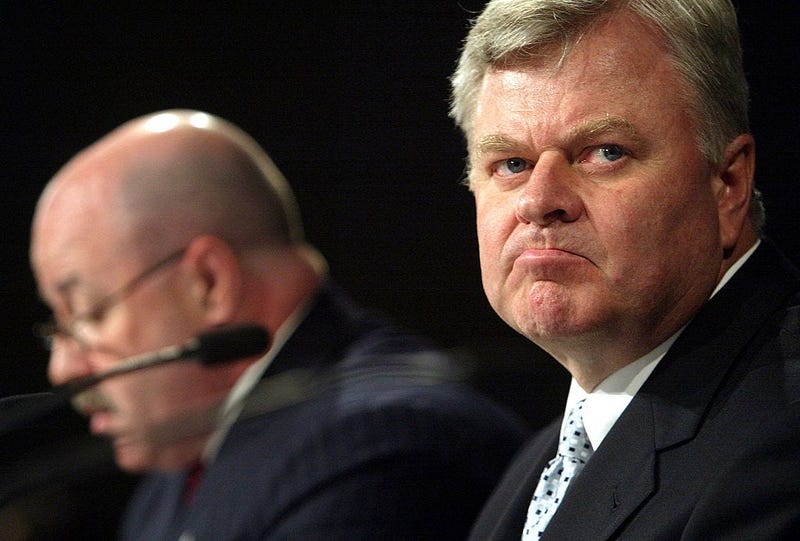 NEW YORK (WCBS 880) — The hero who led the fire department during the Sept. 11, 2001 terror attacks is now in charge of the federal response to coronavirus in New York region.

Tom Von Essen, former New York City Fire Commissioner is now FEMA’s regional administrator for New York and New Jersey. He spoke with WCBs 880’s Peter Haskell about what’s being done in our area amid the pandemic in this week’s In Depth Podcast.

As many people have noted, there seems to be a comparison to the coronavirus pandemic and the aftermath of the 9/11 attacks. With a lot of fear and anxiety surrounding both events, Von Essen says it’s clear why people would draw the comparison.

Von Essen says the self-sacrifice on 9/11 and now at the frontline of the COVID-19 pandemic are similar to the suffering and grief but are very different at the same time.

First responders during 9/11 did all they could to save every person they could reach, even if that meant not making it out alive themselves from the World Trade Center.

Today, EMTs, doctors and nurses are risking exposure – many times without the proper protection to treat those with the virus.

“You’re just waiting to get it yourself and that’s not a great feeling and people don’t like that. But they’re overcoming that fear because they want to help other people and that’s an amazing thing,” Von Essen said.

And despite the risks, they’re still looking forward to the days ahead of them.

The battle against the COVID-19 pandemic is perhaps the biggest event FEMA has ever faced because it’s effecting all 50 states in the U.S., six territories in the commonwealth and hundreds of tribal nations.

One of the biggest challenges is having to meet demand and supply in a nation that has an economy but no domestic production on essential supplies like face mask and ventilators vital to treating covid-19 patients, Von Essen explains.

He believes Dr. Anthony Fauci has done a great job handling the pandemic and a lot can be learned from China in taking care of each other by maintaining social distancing and preventing the spread of the virus.

Emotional support was vital in the days after 9/11 as it is now during the pandemic, says Von Essen. He feels a deep appreciation for those unsung heroes working everyday ordinary jobs.

“They’re taking a chance and making minimum wage. When you think of some of the people in the supermarkets, cash registers, people stacking shelfs, and someone walking by and coughs, they must be scared,” he said. “I’m afraid. I’m old and I don’t want to get it.”

There’s a lot of experience to be learned from this tragedy, including what worked and what didn’t and what will resound is the respect that many earned for the frontline healthcare professionals and first responders during the pandemic.

Though, there’s enormous similarities between 9/11 and the current pandemic, no event outweighs the other. Von Essen say it ultimately comes down to personal experience.