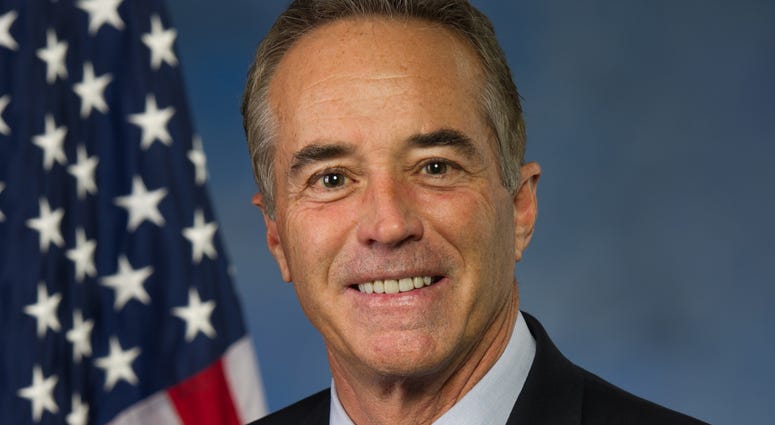 The Republican represented Western New York and was one of the first GOP lawmakers to support President Donald Trump in 2016.

He has now admitted to leaking confidential information about a biopharmaceutical company, allowing his son and another individual to avoid roughly $800,000 in stock losses.

Collins's son Cameron and the other man, Stephen Zarsky, are also expected to admit guilt to insider trading charges later this week.

With his departure from Congress, it is up to Democratic Gov. Andrew Cuomo to set a special election to fill his vacant seat.

The charges stem from Collins' ties with Innate Immunotherapeutics Ltd., to which he was a board member to and the company’s largest shareholder.

According to the indictment, Collins was attending the Congressional Picnic at the White House in 2017 when he received an email from the company's chief executive saying that a drug developed to treat multiple sclerosis had proven to be a clinical failure.

The next morning, according to the indictment, Cameron Collins began selling his shares, unloading enough over a two-day period to avoid $570,900 in losses before a public announcement of the drug trial results.

After the announcement, the company's stock price plunged 92%.

Cameron Collins is accused of passing along the information to his fiancée's father, so he could also dump his stock.

The 69-year-old Collins was facing trial in February 2020 along with his son and Zarsky. All three had previously pleaded not guilty.