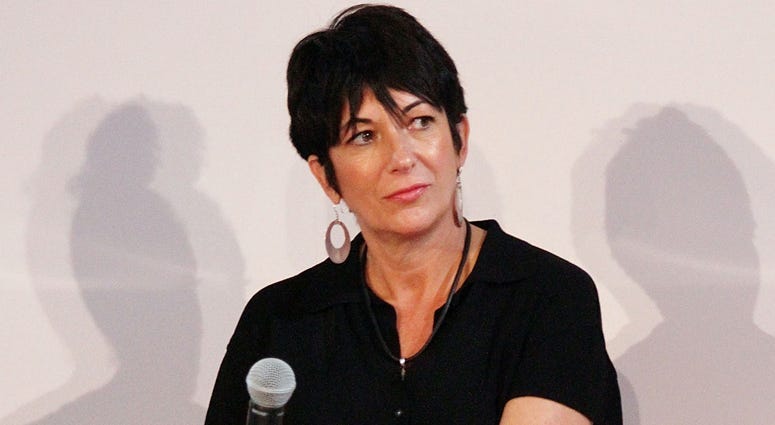 NEW YORK (WCBS 880) — Ghislaine Maxwell, the British socialite who became a confidante of Jeffrey Epstein, has been arrested by the FBI in New Hampshire.

Maxwell was taken into custody around 8:30 a.m. on charges related to the Epstein scandal and is expected to appear in federal court later Thursday.

There are six counts accusing her of recruiting, grooming and training girls as young as 14 to have sex with the late billionaire between 1994 and 1997. Alleged victims claim Maxwell also coerced them to have trysts with other men.

The feds say Maxwell also lied about her role in the scheme.

"In some cases Maxwell participated in the abuse herself. As alleged, Maxwell and Epstein had a method. Typically, they would befriend these young girls by asking them questions about their lives, pretending to be taking an interest in them," said Audrey Strauss, Acting United States Attorney for the Southern District of New York. "They would take to them the movies, and treat them to shopping trips. Maxwell would encourage these young girls to accept offers from Epstein to pay for their travel and their education, making these young victims feel indebted to Jeffrey Epstein."

Strauss said after developing a rapport with the victims, Maxwell would "groom" them to try to "normalize sexual abuse."

"Maxwell would discuss sexual topics with the victim and undress in front of the victim or be present for sex acts involving the minor victims and Epstein," Strauss said.

Maxwell did not enter a plea and will be moved to New York for further hearings, including bail.

One day before Epstein's suicide, a federal appeals court released the transcript of a 2016 deposition stemming from a defamation lawsuit. He repeatedly replied "Fifth" — citing the Constitution's Fifth Amendment that protects people against incriminating themselves — when asked whether Maxwell had procured underage girls for him for sexual activities.

The 66-year-old financier, who was charged with sexually abusing numerous underage girls over several years, killed himself in his cell at the Metropolitan Correctional Center last August while awaiting trial on sex trafficking charges.

Maxwell is the daughter of media baron Robert Maxwell and was once Epstein's girlfriend.

Maxwell was accused by many women of recruiting them to give Epstein massages, during which they were pressured into sex.

Maxwell has denied wrongdoing and called some of the claims against her "absolute rubbish."