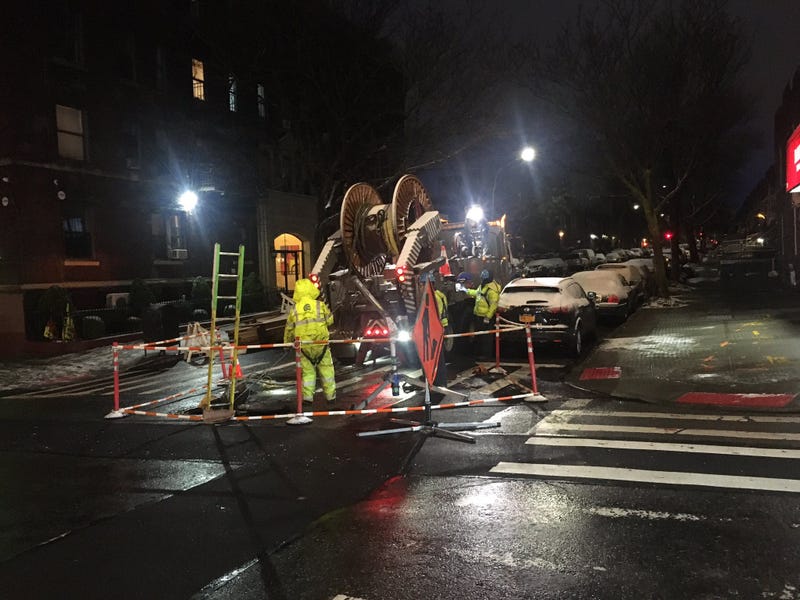 NEW YORK (WCBS 880) -- Firefighters responded to reports of multiple manhole explosions and fires that left hundreds without power in Brooklyn.

Officials say they received at least seven calls around 1 a.m. from different addresses on and near Dean Street in Crown Heights.

Loud explosion sounds woke up many residents and according to FDNY, one of the manhole fires damaged a parked car.

As many as five houses on the block may have lost power.

Although she has her power back, she and other residents in the building she resides in have no heat.

"I don't know if the super is going to check what's going on, so the heat is not back on yet."

Con Edison crews were seen in the area and they say power outages caused by the fires are expected to be restored.

One crew was on working on the corner of Utica Avenue and Crown Street.

Video from a Citizen user shows heavy smoke billowing from the scene.

No injuries have been reported from the incidents.