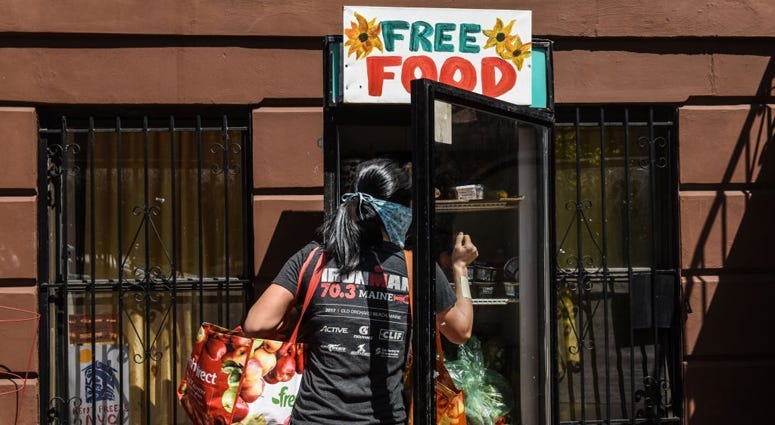 NEW YORK (WCBS 880) — In general, an estimated 2 million New York City residents don’t have guaranteed access to nutritional meals, but given the pandemic, that number is rising.

In the weeks since the coronavirus hit, city services organizations are seeing a significant jump in the number of people unable to afford enough food to feed their families.

At Public Health Solutions, which advocates for underserved communities, President and CEO Lisa David says in addition to trying to avoid contracting the virus, hunger is a very real threat and they’re helping many first time filers seeking food stamps.

"The biggest issue on their plate is providing enough food for their families," David said. "We have seen a lot of people who have never applied for government benefits before and aren’t exactly sure how to go about doing that."

She says COVID-19 has exposed vulnerabilities in the social safety net.

"Thirty percent of the pantries have actually closed," David said.

On top of that, David says most community-based organizations have staff members out with the virus, impacting their funding and operating hours, which runs counter to their mission.

"So, making the services available during the most important crisis that we face in a century, are pretty profound. Truly profound," David said.

Given indications Covid-19 will be with us for some time, David says this issue has to be addressed.

"We need to make sure that the commitment for food, which is such a core part of health, is considered seriously and continues to get support," David said.

The city is offering three meals a day at over 400 locations across the five boroughs.

Mayor Bill de Blasio said the city served 10 million meals in April and will serve 15 million more in May. The city relies on FEMA grants to run its $170 million food assistance program and as the crisis deepens, the mayor said the city will need more help.

Any New Yorker in need of food should visit, nyc.gov/getfood.