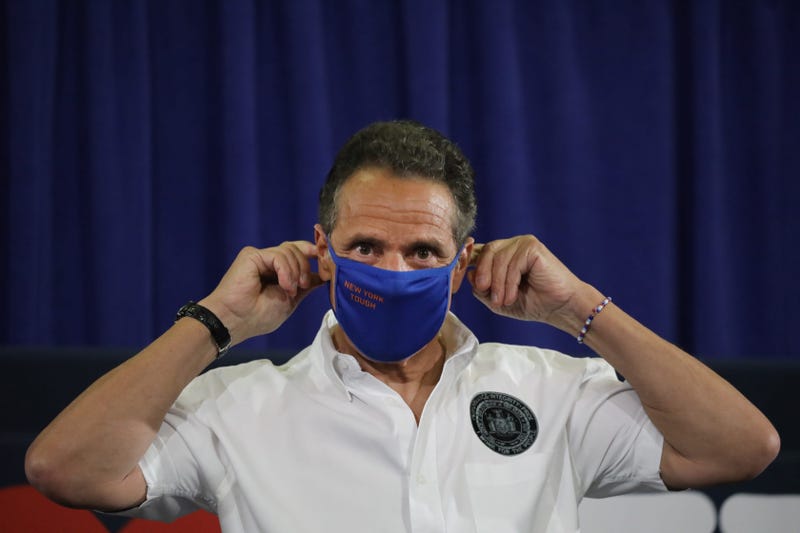 The Democrat called on Trump to “lead by example” and wear a mask himself.

The Centers for Disease Control and Prevention has recommended all American wear face masks in public where social distancing is difficult.

Trump has repeatedly said wearing a mask was fine, but he would not be wearing one.

Cuomo said that most people in the state – around 95%, according to the governor – are wearing masks, but the state has to worry about the other 5%.

“If we’re going to turn this around in this nation, it’s going to take the White House,” said Cuomo. “To the president, I say today, if you want to help stop COVID-19, then they should start by telling the people of this country the truth.”

He claimed the White House was ignoring the fact that daily U.S. COVID-19 cases hit record highs in recent days as state such as Arizona, Alabama, Georgia and Missouri continued to see huge spikes in daily infections.

Cuomo also pointed out that New York continues to make progress on containing the virus.

During the press briefing, he unveiled a large-scale model of a mountain, which he said represented the progress New York has made in overcoming the virus.

The reveal: some kind of 3-D representation of NY’s Covid curve pic.twitter.com/Y2RvWmykQn