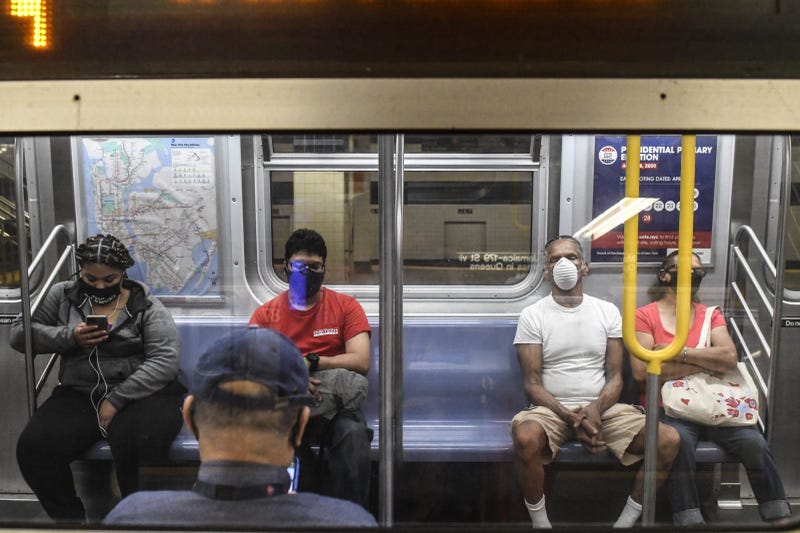 NEW YORK (WCBS 880) — While the Tri-State area has seemingly overcome the coronavirus pandemic, health officials remain concerned over surges in other parts of the country.

New York and the states surrounding it effectively shut down all industries when coronavirus cases began to surge in March and April.

Gov. Andrew Cuomo often referred to the cases as climbing a mountain and the phrase “flatten the curve” became widely used as the state urged residents to stay home and stop the spread of the virus.

Now that cases have dropped to the lowest numbers since the pandemic began, there seems to be a rush to reopen industries and get the economy up and running.

But, as positive cases begin skyrocketing elsewhere, leaders are worried the Tri-State may begin to see a second surge just as the virus has come under control.

As the Fourth of July weekend approaches, people are eager to return to their normal lives of socializing, celebrating, eating and drinking.

However, Dr. Irwin Redlener, director of Colombia University’s National Center for Disaster Preparedness, is warning the public and leaders not to rush into anything.

“Slow down. Don't move on to any other additional phases,” he said.

New York City recently entered Phase 2 of its reopening, allowing personal care businesses and retail shopping to resume, but many are pushing for more industries to reopen – including indoor dining and gyms.

The public health expert says it’s important to watch the numbers in other parts of the country before we return to life as normal. He stresses that people still need to wear a mask and remain at a safe distance from one another.

“There's a price to be paid if we want to control the spread, which means more restrictions for longer,” he said.

He pointed to the overcrowding in hospitals back in April when New York City reached its peak.

“Could we have another situation that involves a huge rush on the hospital's again? It's possible and it could be a younger age group,” Redlener said.

Meanwhile, indoor dining was scheduled to begin in New Jersey this week, but was postponed after the state saw a surge of overcrowding at some bars.

Marilou Halvorsen, the head of the New Jersey Restaurant and Hospitality Association, says because of the postponement, restaurants are bleeding money.

“The small little restaurants that aren't doing anything wrong are dependent on this weekend and they've already prepared for it,” she said.

She fears one in four restaurants will go out of business for good if they are not allowed to reopen soon.

Listen to the full conversation with Dr. Irwin Redlener and WCBS 880's Peter Haskell on the RADIO.COM app or wherever you get your podcasts.
Stay informed, stay connected — follow WCBS 880 on Facebook and Twitter. Download the RADIO.COM app + favorite WCBS 880 for breaking news, traffic and weather alerts.