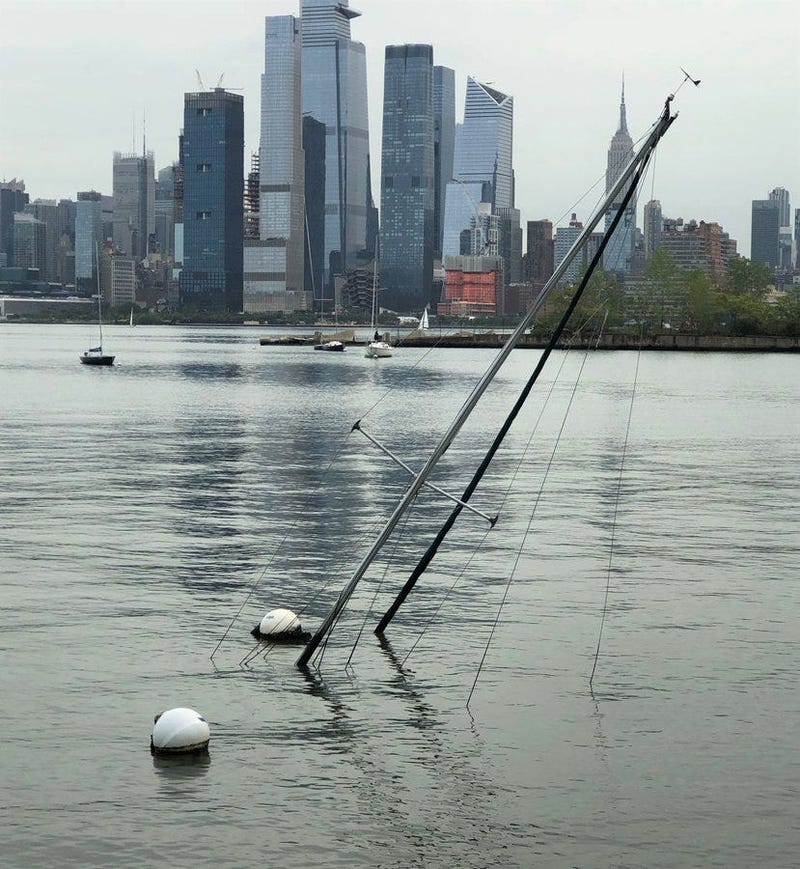 HOBOKEN, N.J. (WCBS 880) — Residents in Hoboken are urging the city to get rid of several sunken boats sitting in the Hudson River.

For years, residents have been complaining about a number of abandoned sailboats in the Hudson River, along the Hoboken shore at Weehawken Cove.

The city has counted a total of 17 boats, and some sails still can be seen sticking up over the water.

"A number of them have completely sunk, so they're not visible to the public. Some of them have sunk but, the mast is visible,” says Hoboken Mayor Ravi Bhalla.

He adds that the city has been trying to remove the boats for some time, but don’t have the resources to do so.

Residents, however, are fed up with looking at the abandoned boats. Recently, they started a Change.org petition to remove the boats.

“For several years, Hoboken Cove has become a “dump” for unwanted boats.  These abandoned boats are not protected from the elements and most have sunk. The sunken boats with their skeletal masts rising out of the water ruin the aesthetics of our beautiful cove and pose potential environmental issues,” the petition says.

Hoboken is now turning to the federal government to ask for help in removing the boats, though Mayor Bhalla says it was not their last resort for help.

“This opportunity came into our lap and it's precisely for the purposes that you seek to remove the boats,” he explained.

Hoboken is applying for a grant from the National Oceanic and Atmospheric Administration (NOAA), which could give the city $104,000 to get the boats out of the cove.

Residents can show their support by signing the grant application letter from the mayor at HobokenNJ.gov/boatremoval.