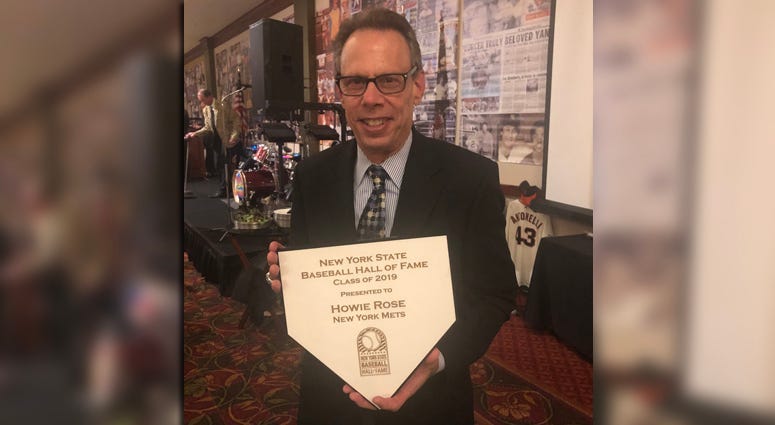 During his speech, Rose honored the great Mets broadcasters who came before him, namely Bob Murphy and Ralph Kiner — both of whom he worked with. He also mentioned Tom Seaver who he did some TV with.

"I'd like to thank the New York State Baseball Hall of Fame for including me in an impressive group of inductees this year," Rose said earlier this year . "I'm honored to be part of a collection of some of the biggest names in baseball history."

He previously was the television play-by-play announcer for the Mets on Fox Sports New York from 1996 to 2003.

The New York State Baseball Hall of Fame honors players, executives, broadcasters, team staff and other influential members in baseball in the state.