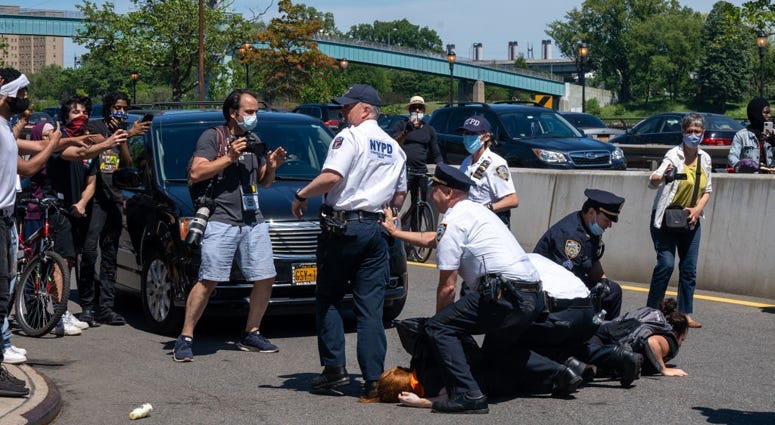 NEW YORK (WCBS 880) — Hundreds of people have been arrested over the last several days at protests that were sparked by the police custody death of George Floyd in Minneapolis.

State Sen. Brad Hoylman of Manhattan is calling on the five district attorneys in New York City to drop unlawful assembly and disorderly conduct charges that have been brought against peaceful protesters who have been out taking a stand against police brutality.

"Protesting injustice isn't a crime," Hoylman said. "In New York City, I don't think prosecutors should be treating it as one."

Hoylman, who joined protests in Staten Island and Union Square over the weekend, said the demonstrators that he has marched with are incredibly passionate and peaceful.

"The protesters that I've seen, that I've congregated with are speaking up because of the grave injustice they witnessed as black Americans," Hoylman said.

Protests across the city have been mostly peaceful, but have descended into chaos at nightfall as officials said people intent on committing crimes and hijacking protests set fires, looted stores and vandalized buildings.

"Those who are breaking the law, trespassing or stealing, those are different crimes and that's not what I'm calling for. We want to separate the peaceful protesters from the violent trespassers," Hoylman said.

New York City has imposed a curfew that will go into effect at 11 p.m. Monday in an attempt to stem some of the violence and looting. It will be lifted at 5 a.m.