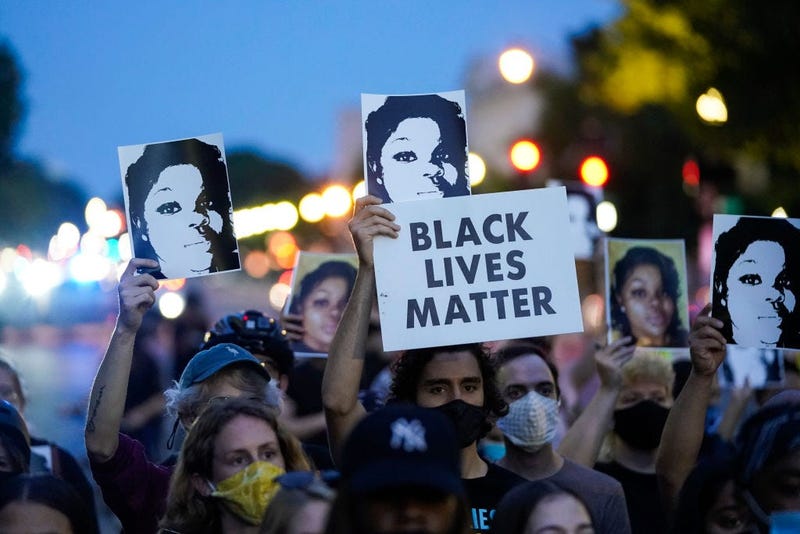 NEW YORK (WCBS 880) — New Yorkers took to the streets on Wednesday night to protest a Kentucky grand jury’s decision not to indict any police officers for the fatal shooting of Breonna Taylor.

Two large groups of Black Lives Matter protests gathered in Brooklyn and Manhattan to object the decision at around 7 p.m.

In front of the Barclays Center, the Brooklyn group chanted “Say her name, Breonna Taylor” and took a knee in remembrance.