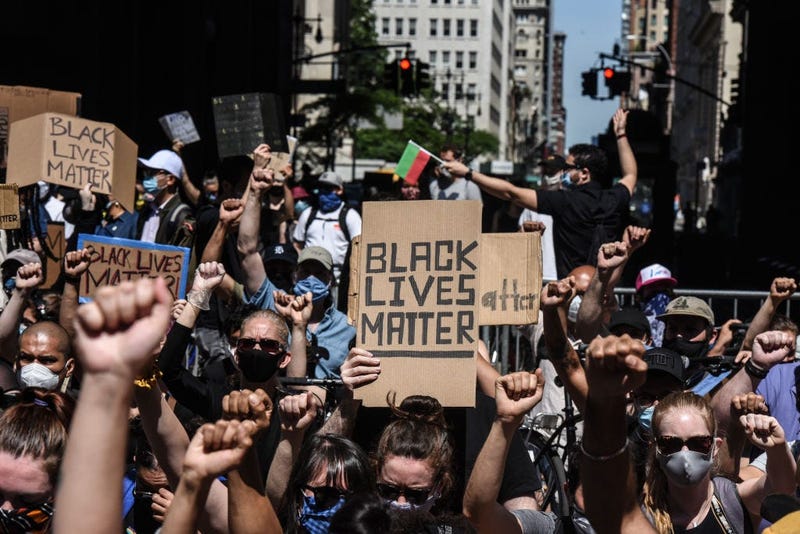 NEW YORK (WCBS 880) — The death of George Floyd at the hands of police has led to unprecedented protests around the globe calling for change and justice against police brutality and racism.

The youth has a played a vital role in the protests and the hundreds of demonstrations have served as a history lesson in decades of similar instances of violence, discrimination and injustice against minority communities.

He’s covered several marches on campus and tells WCBS 880’s Peter Haskell that the movement has struck a chord with people of all groups.

“I think that’s something that speaks out louder than any narrative. It’s not just social groups that are going out and starting this. It’s not City Hall members, it’s not members of the elderly. It’s young kids, probably no older than me, who are going out and they’re making a post on social media and it catches traction and before they know it, a thousand people are standing in front them, in front of their City Hall, and getting ready to march,” he said.

Civil Rights veteran advocate Reverend Herbert Daughtry has fought against police brutality for over 61 years and says a digitalized world is a huge benefit in covering movements such as these.

“We can now see what we’ve been trying to say all the years” says Daughtry.

At 89-years old, Daughtry recalls numerous attempts to change the response to police brutality towards the Black community, from rallies, demonstrations and public hearings at the United Nations.

“We jumped on the subways, got tied up to the system. we jumped on the highways. I don’t know how many times I went to jail for civil disobedience,” he explains.

Castaneda says past events where people have died at the hand of police – including Amadou Diallo, Eric Garner and most recently, George Floyd – is terrifying.

But he’s learned from the facts and says the recent protests have served as a teaching moment.

It’s also allowed him to see the strength his generation is displaying while covering protests.

“I can say I lived it. I can say I went out and I covered it. I was with the people who were going and fighting for what they believe in,” he said.

Daughtry also encourages young people to keep expanding the movement and to get involved in community politics.

The fight to change police force against the black community may be from over, but it’s brought generations of civil rights leaders and the leaders of tomorrow together to continue to end a decades-long battle against injustice.