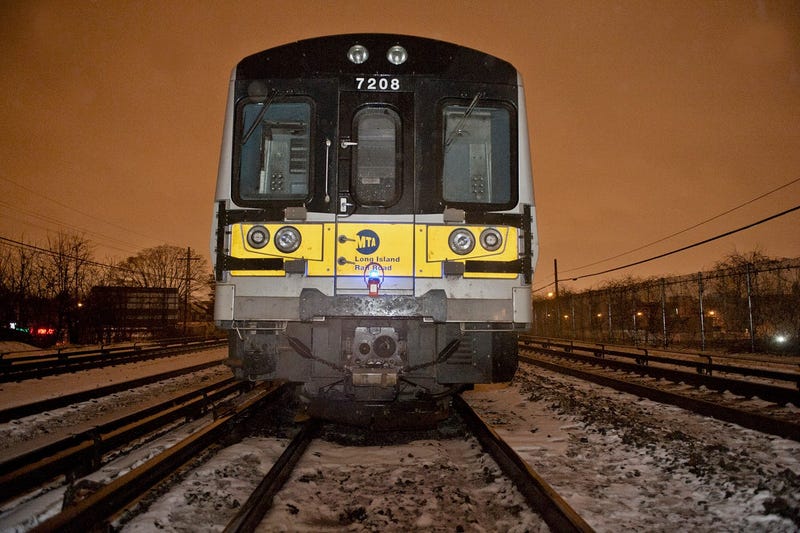 RONKONKOMA, N.Y. (WCBS 880) — The president of the Long Island Rail Road on Thursday warned deep cuts would be coming if the federal government does not step in to provide crucial funding.

“If we don't get the $12 billion from the federal government, we would need to cut Long Island Rail Road service by the order of 50%,” said President Phil Eng.

The MTA, which controls the LIRR, has requested $12 billion in emergency funding from the federal government to help make up a daunting budget gap.

MTA Chairman and CEO Pat Foye told WCBS 880 recently that the MTA is “broke” and will need to start looking at cuts to service and personnel if help doesn’t come by the end of the year.

He previously warned the LIRR and Metro-North would see service cuts as well, but Eng on Thursday put the cuts into perspective.

Eng was joined by a number of others at the Ronkonkoma Train Station, who pleaded for federal funding to avoid the cuts. The federal government has yet to respond to the transit agencies' calls.

LIRR Commuter Council head Jerry Bringmann says people will lose their jobs, and that’s the last thing people need in the midst of a global pandemic.

“If we're cutting service 50%, there’s going to be engineers, conductors, trainmen who will lose their jobs as well,” he said. “Working for the Long Island Rail Road is a very particular skill set and not one that's going to translate very well to the outside world.”

He also says ticket prices would jump up to 15% without the federal funding.