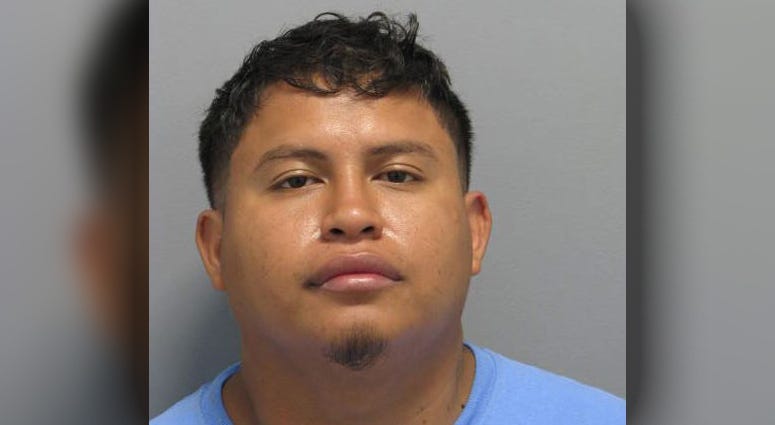 NORTH LAWRENCE, N.Y. (WCBS 880) — A man who allegedly broke into a Long Island home and forcibly touched a sleeping girl has been arrested.

He entered into a bedroom where two children were sleeping in their bed and forcibly touched the female child while she slept.

Mayorga allegedly took out a knife and threatened the girl that he would kill her and her brother if she screamed.

The victim, however, did scream and the attacked fled through the window.

After the subsequent investigation he was arrested without incident at his home at 4:30 a.m., that same day, police said.

Mayorga is charged with burglary, criminal possession of a weapon and forcible touching.

He is scheduled to be arraigned on June 25 in Mineola.

music
Trick or treat! When celebrities go as other celebrities for Halloween
music
Don't be a Grinch! Build your own Whoville for the holidays
music
'James Bond' actor Sean Connery dies at 90
news
'The Legend of Sleepy Hollow' at 200: A look at the history of this spooky American classic
news
Stimulus checks: Will another round be approved after Election Day?
music
Kelly Clarkson dressed up as an iconic Meryl Streep character for Halloween