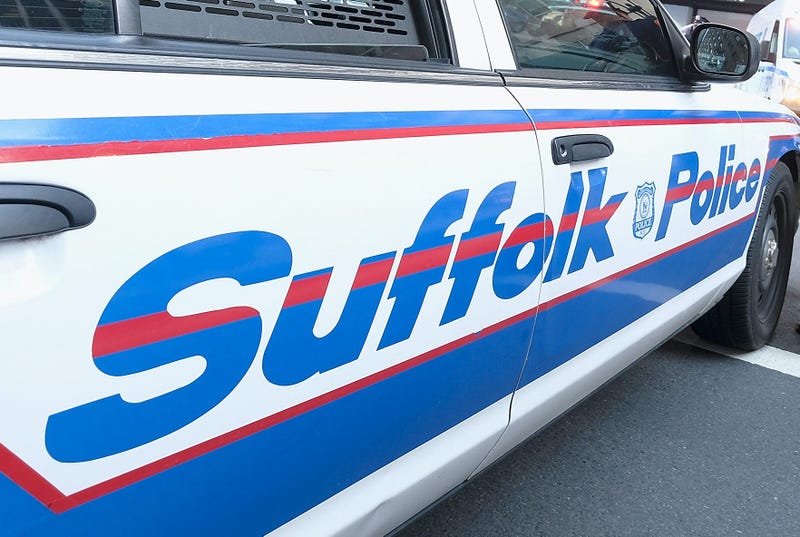 AMITYVILLE, N.Y. (WCBS 880) — A Long Island man way killed by his adult son Thursday while on a Zoom call, according to Suffolk County Police.

Dwight Powers, 72, was on a Zoom call with around 20 other people for an Alcoholics Anonymous meeting when his 32-year-old son, Thomas Scully-Powers, began violently beating him.

Authorities say Scully-Powers exited the room and then returned with a knife, at which point multiple participants on the Zoom call began calling 911 for help.

Police LT. Kevin Beyrer said the group saw Powers, a Vietnam veteran, disappear from the screen and could not see the actual stabbing.

"At one point they see another male come into the screen, they hear some labored breathing, at one point this other male starts pulling sheets off the bed, putting them on our victim. A couple of people in the meeting called 911," Beyrer said. "It's rare that we would have a witness see something like that in a way that they did, remotely, so that certainly helped us respond very quickly and take him into custody very quickly."

Scully-Powers fled out the window and was arrested about an hour later, having gotten only about 1 mile away from the home.

Police say he had run across Route 110 into a deli, where he allegedly took several bottles of Dr. Pepper and attempted to use them to wash the blood off of his body.

District Attorney Tim Sini says he was shocked by the nature of the crime and says Scully-Powers did not deny his actions.

“This is a shocking and disturbing case,” Sini said. “By the defendant’s own admissions, he brutally stabbed his own father repeatedly until he was certain he was dead. The investigation into this horrific murder is still ongoing, but rest assured we will obtain justice for the victim.”

While being walked out of a police station Friday, Scully-Powers told reporters of his father, "He raped me with a gun."

“HE RAPED ME WITH A GUN”: murder suspect Thomas Scully-Powers, 32 makes wild accusations against his 72 year old father, whom he allegedly stabbed to death while on a Zoom meeting in their Amityville home. @PIX11News @SCPDHq pic.twitter.com/6wu2cJu9uX

The 32-year-old is charged with second-degree murder. He was arraigned Friday by Suffolk County District Court Judge John Kelly and was remanded without bail. He is due back in court on May 26.

Police have not released a motive. If convicted, he faces a maximum sentence of 25 years to life in prison.

Authorities say they do not believe anyone recorded the Zoom meeting.