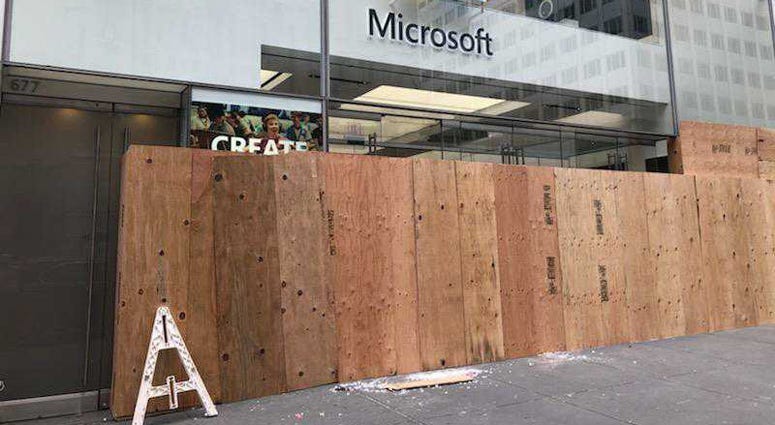 NEW YORK (WCBS 880) — Midtown Manhattan was the epicenter of chaos as looting took center stage — from Union Square, to Herald Square, to Times Square — on the first night of a historic curfew in New York City that was imposed in an attempt to stop the violence that has overshadowed peaceful protests in the past week since the death of George Floyd.

The boarding up and cleaning up was underway Tuesday morning outside the Macy's flaghip store in Herald Square, with New Yorkers pitching in.

A week from reopening from the Pandemic NYC is boarding up and cleaning up. This scene in Manhattan 21st/5av they even hit the Leggo store @wcbs880 pic.twitter.com/UNl8VD1uiq