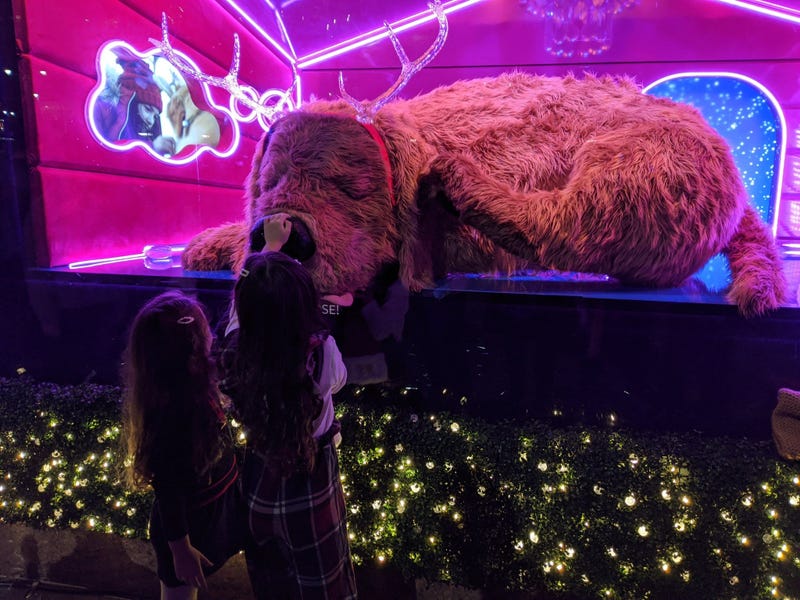 NEW YORK (WCBS 880) — The magic and wonder of the holiday season is in full swing in New York City.

While the Rockefeller Center Christmas Tree waits to be lit up, Macy's unveiled its holiday window display in Herald Square on Thursday night as hundreds gathered around to take a peek.

"We are Christmas," is what national Macy's windows director Roya Sullivan said  as she described how rewarding it is to do her job of designing the the department store's holiday displays. This year's theme is "believe in the wonder."

"And it's really how Santa is in all our hearts during the holiday season. So believe in that wonder. Believe in that giving. And that's what we portrayed in the windows," she said.

It takes a whole year to plan out these windows. Two to three months to come up with a theme. Eight months to build it all and 21 days to install.

A glimpse at some of the interactive @Macys holiday window displays!
"It's like you're in the car but you're not" - 7 year old Illyana behind the wheel at one of this year's windows@wcbs880 #christmasinthecity #macyswindows pic.twitter.com/7rfPtzvAYQ

Matthew Sterling from Brooklyn dressed up as Santa for the occasion.

This year's display has chrome and neon moving pieces that are interactive.

"It's very futuristic and 80s at the same time," said Samia Abdallah from Tunisia.

There's a selfie station and visitors can also pet a puppy's nose that's sticking out the window and handle a steering wheel that controls a car behind the window.

"I think it was very fun, because it was like you were in the car, but you were not because you were just driving the wheel," said 7-year-old Illyana Morales.

Planning for next year's theme starts on Friday.