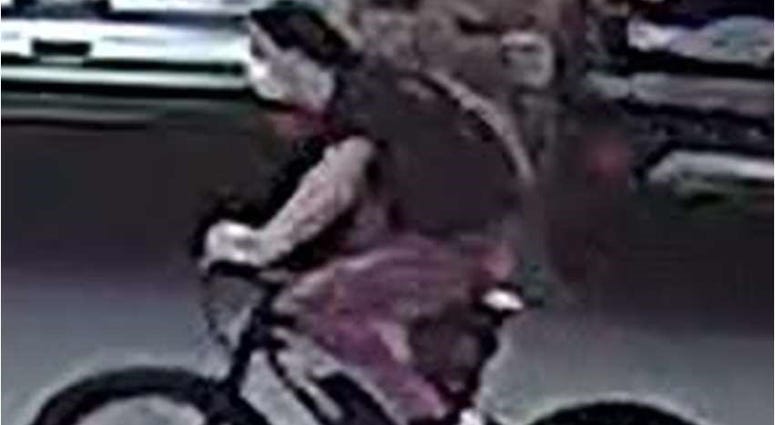 MERRICK, N.Y. (WCB S880) — Police on Long Island are searching for a man who they said exposed himself to two young girls in separate incidents on Monday.

Police said the victims, who are 9-year-old sisters, encountered the suspect at two different times while traveling between their home and their grandmother's house in Merrick.

Around 7:15 p.m., police said one of the girls was riding her bike to her grandmother's house when the suspect exposed himself while sitting on a bike on the corner of Petit Avenue and Webster Street.

The victim turned around and went home to tell her parents what happened.

Police said two minutes later, her sister was riding her bike back home from her grandmather's house when the suspect exposed himself before lunging at her and grabbing her by the shoulders. He then tried to pull down her pants, according to Nassau County Police.

The girl screamed and managed to get away. She also rode home to tell her parents.

The suspect is believed to be a white man in his 20s with brown hair. He was wearing a black shirt, red pants, black sneakers and a paper mask over his mouth.

His bicycle is black with a white stripe and was possibly motorized.

He was last seen heading west on Webster Street.