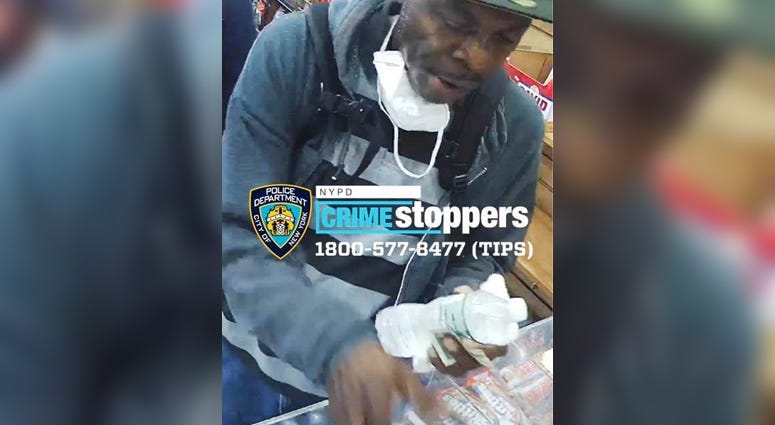 NEW YORK (WCBS 880) — Police are looking for a man who they say attacked and robbed a customer in the restroom of a Burlington Coat Factory in the Bronx.

The incident happened just before 2 p.m. last Friday at the store located on 700 Exterior St.

Police said a 63-year-old man was using the restroom when the suspect came up behind him and placed him in a chokehold.

The suspect then snatched $40 in cash from the victim's jacket pocket before running off, police said.

The victim sustained a cut to his lower lip during the incident, but did not seek medical attention.