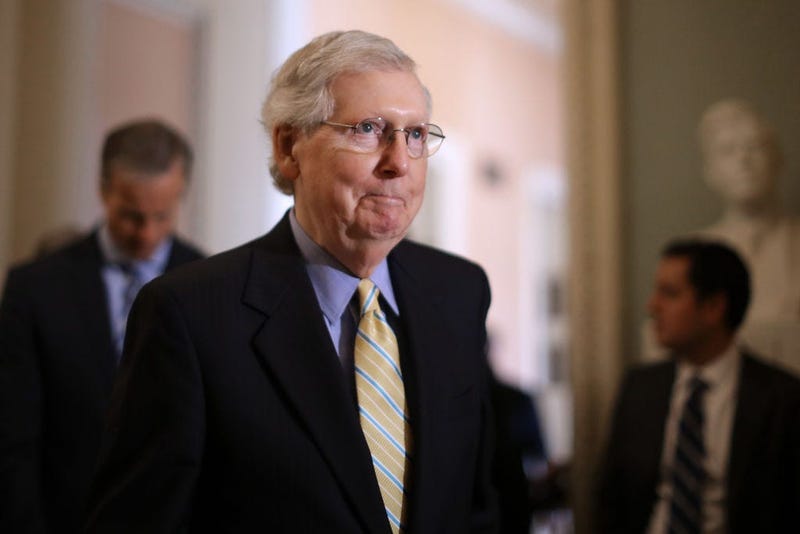 McConnell told a conservative radio show he would rather see bankruptcy as an option for states than send more federal aid.

Bipartisan officials from the Tri-State Area reacted harshly to McConnell's cold shoulder to New York and other states hit hard by the pandemic.

"It's one of the dumb statements of all time," Gov. Andrew Cuomo said on his brother's show Wednesday night on CNN.

Cuomo laced into the Senate majority leader for playing politics with a life and death issue.

Cuomo says the state could see a $15 billion budget shortfall with businesses shuttered and unemployment soaring.

Staten Island Congressman Max Rose's reaction was even stronger. In an interview with The Daily News, he called McConnell a "piece of human trash" and dared him to come here and say "drop dead" to everyone putting their necks on the line right now.

“Almost hoping for bankruptcies of American states in the midst of the biggest healthcare crisis this country has ever faced is completely and utterly irresponsible,” the governor said. “As usual, he's dead wrong, because that won't happen.”

“But you know what will happen? We will gut the living daylights in every state in America out of the services, the exact services that our citizens need right now,’ Murphy said. “We will just cut, cut, cut and cut.”

If there's any state familiar with the concept of a federal bailout it should be McConnell's.

"Kentucky has the highest return on their dollar of all 50 states so for every $1 that they send Kentucky gets $2.41 back," said Laura Schultz, director of fiscal analysis at the Rockefeller Institute of Government.

Schultz said the blue states in the northeast, including New York, New Jersey and Connecticut, have been paying Kentucky's bills.

"They in fact have been bailing out the rest of the country," she said.

They get about 90 cents back for every dollar they send to Uncle Sam.

North Jersey Congressman Josh Gottheimer has a name for Kentucky and others like it: "Moocher States."