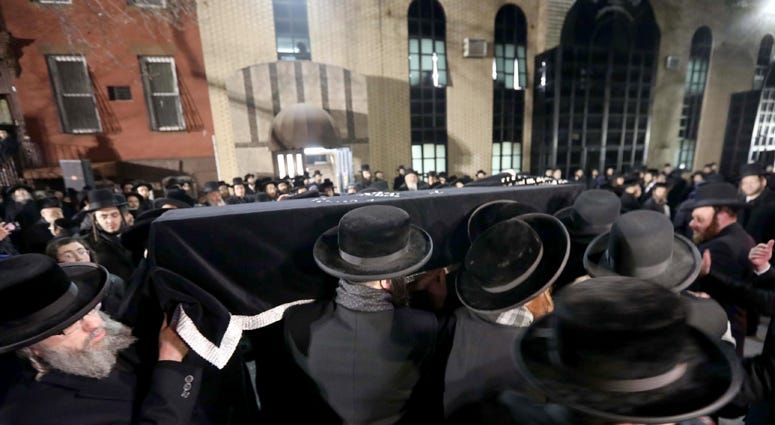 NEW YORK (1010 WINS) -- Two of the victims of the Jersey City shooting were laid to rest on Wednesday night.

Members of the Jewish Orthodox community mourned the death of 33-year-old Mindy Ferencz, who owned the JC Kosher Market where the shooting took place, and Moshe Deutsch, a rabbinical student and volunteer.

Services for Ferencz were held at Satmar Shul in the Williamsburg section of Brooklyn before she was taken to Khal Adas Greenville in Jersey City for a second service.

Deutsch's funeral services were held after Ferencz at the same shul in Brooklyn.

After his funeral service, hundreds of men wearing traditional Jewish Orthodox suits and hats flooded the streets of Brooklyn, gathering around Deutsch's casket.

Both victims will be buried in Orange County, New York.

There was heavy police presence seen on the streets during the procession.

Funeral services for Detective Joseph Seals, the officer killed in the shooting are set for Tuesday.