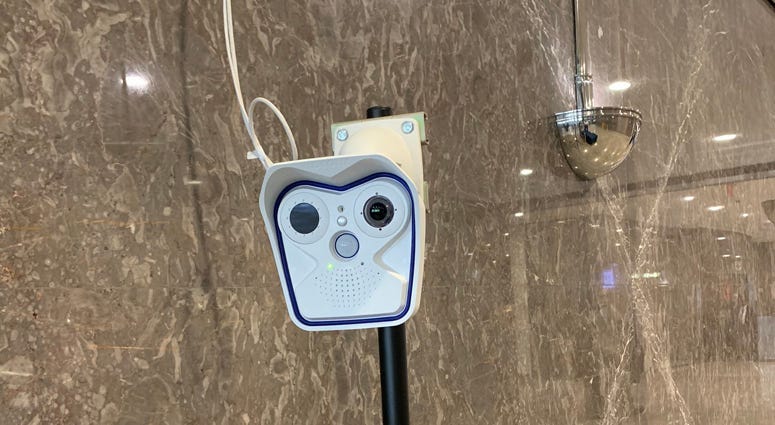 NEW YORK (WCBS 880) — As New York City enters Phase 2, the MTA is taking steps to ensure the health and safety of all customers with thermal scanners in subway stations.

WCBS 880’s Mack Rosenberg reports the scanners are meant to detect any person with a temperature over a certain threshold, to potential detect coronavirus.

A number of the scanners have already been set up at MTA headquarters at 2 Broadway in Manhattan.

“By the end of the month there will be portals with thermal scanners and we are considering an absolutely,” said MTA Chairman and CEO Pat Foye.

About 15% of MTA staff will return to the office beginning July 6.

With hundreds of thousands of people returning to work under Phase 2 of New York City’s reopening, there have also been calls to restore 24-hour service on the subways.

The @MTA is testing thermal scanners at headquarters, after a new report it commissioned recommended them in subway stations. They scan to determine if you are above a certain temp. This is in addition to basic temperature checks at HQ. @wcbs880 @timmintonNY pic.twitter.com/RK1xFWlf7H