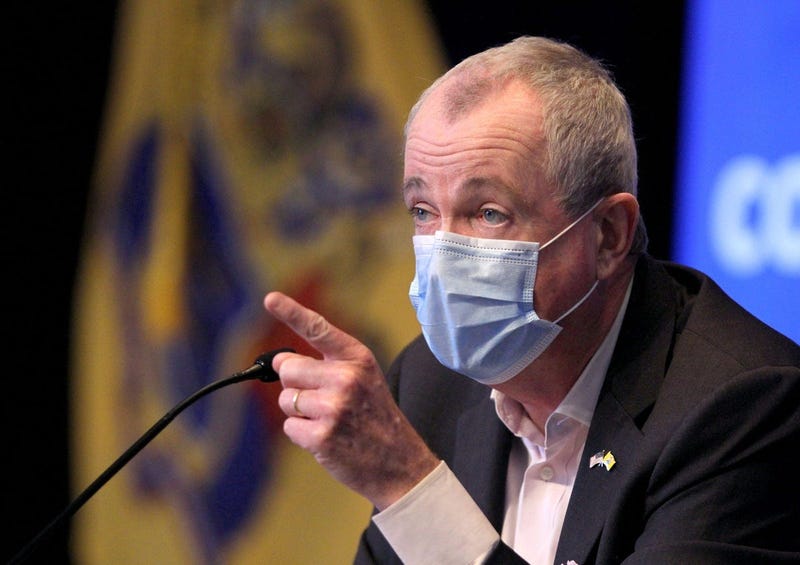 TRENTON (WCBS 880) — Connecticut is threatening to slap people who host large gatherings with $500 fines, but New Jersey Gov. Phil Murphy says he is not willing to go that far.

Speaking on WCBS 880, the governor said a $500 fine is hefty and they will not be implementing that sort of rule just yet in New Jersey without any way to enforce it.

“You don’t want to say something like that unless you have a high degree of confidence you can enforce it,” Gov. Murphy said.

He notes that New Jersey was one of the first states to be extremely hard on mask use and even that was a challenge to enforce.

“We were, I think, the first state in America to require a face covering indoors – we require it not just indoors but outdoors if you can’t social distance – and we’ve been calling out folks who have been noncompliant,” Murphy said. “We’ve been aggressive on enforcement. Each state is different, but we want folks to do the right thing.”

Meanwhile, he told WCBS 880 that the school year is off to a safe start, despite the continuation of the coronavirus pandemic.

“Number 1, based on every piece of information I have as I speak to you, there’s no in-school transmission yet – my guess is that changes over time. Number 2, there are cases. And thirdly, where there have been cases, it feels like the system is working,” he said.

He says social distancing, mandatory masks, and plexiglass in the schools are working in the hundreds of districts across the state.

“It looks like, so far, so good, in terms of how they’re reacting to the modest numbers that we’re seeing so far,” the governor said.

Gov. Murphy addressed the upcoming election as well, saying residents will be able to use a new hybrid voting system this year.

“Folks will have a number of choices on the November election. Everyone will get a ballot and you can either mail that in, you can drop it at a secure box – we will have hundreds around the state – or you can show up on Election Day and hand it to a poll worker,” he explained.

While the option for in-person voting does still exist, Murphy disagrees with President Donald Trump, who has adamantly opposed mail-in voting and wants people to vote in-person as per usual.

“With all due respect to the president, that’s bad, bad, bad advice to be spreading around the country and I can’t say that strongly enough,” Gov. Murphy said.

He continues to stress that New Jersey, and the rest of the United States, is still waiting on a federal relief bill that will help hard-hit areas recover from the pandemic and the financial toll it took on Americans.

“We all need it. States need direct federal cash. Counties, localities, transit systems, hospital systems, industries – small business, restaurants. Congress has got to take another, not modest, but a very big step,” he said.