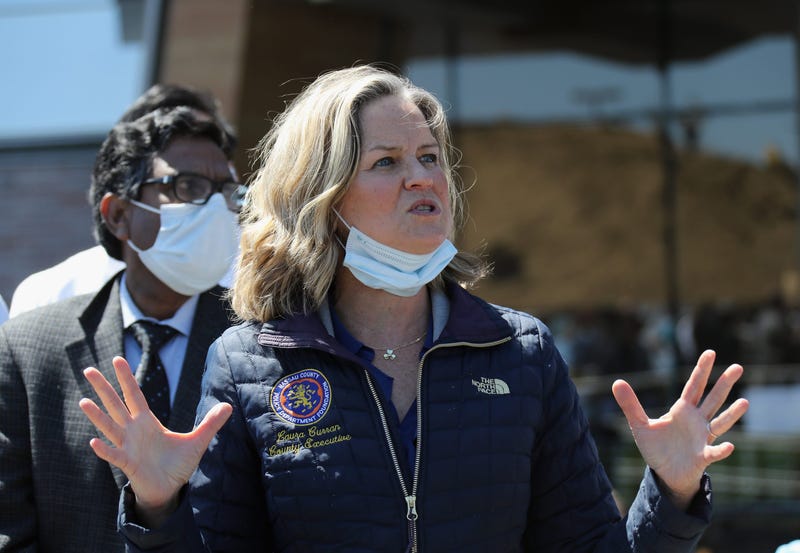 HEMPSTEAD, N.Y (WCBS 880) — A fight is underway on Long Island as to what areas should get to use emergency pandemic funds.

Nassau County Executive Laura Curran says the Town of Hempstead received $133 million in funding from the CARES Act amid the coronavirus pandemic, significantly more than the entire county received.

“It’s our services, county services, that were helping residents throughout the surge,” Curran said.

The county, as a whole, received just $103 million in funding from the federal government, despite having twice the population of the Town of Hempstead.

Hempstead was the only individual town in the United States that was large enough to qualify for separate funding.

“The Town of Hempstead got more than half of the CARES money that was due to the county,” Curran said. “Think about the Health Department, the morgue, the Medical Examiner.”

The Nassau executive says she is hoping to get about $50 million from the town to cover COVID-related expenses.

Town of Hempstead Supervisor Don Clavin says he is willing to work with the county, but he wants to remain focused on the needs of Hempstead residents.

“What we’ve done with the CARES funding, is really focus on the needs of people. There’s a 60% increase in the need for food. We’ve teamed up with Long Island Cares and Island Harvest, where we’re feeding hundreds of thousands of people,” he said.

Clavin says the Town of Hempstead, which has a population greater than 500,000, applied for federal funding but, the town was not in control of how much money it would receive.

“The federal government allotted this money based on the town’s population,” Clavin said. “I, as well as the town board, have an obligation to the town residents. But, we also recognize we want to work with other entities when we can.”

Curran says the Town of Hempstead should provide the county with additional funding to avoid the federal government taking back some money.

“My goal is the make sure this money doesn’t get clawed back by the federal government, because the deadline to spend it is at the end of the year,” the county executive said.