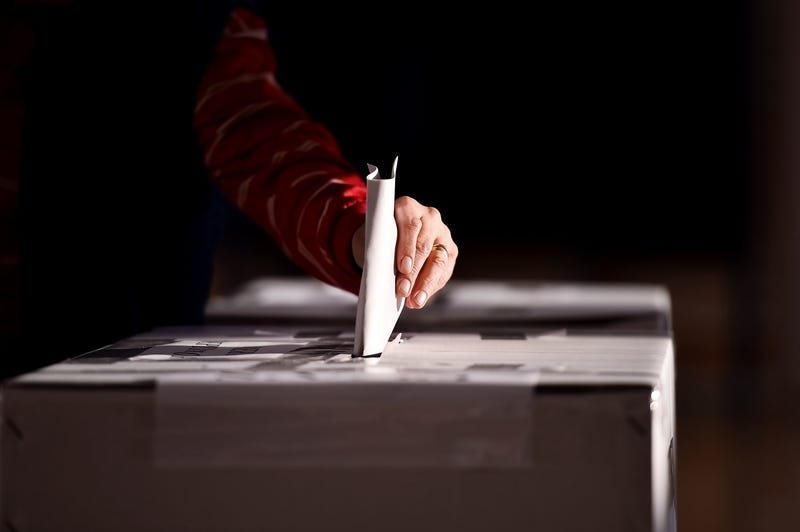 NEW YORK (WCBS 880) — The coronavirus pandemic has disrupted a number of primaries across the country and is expected to change the way New Yorkers head to the polls on Tuesday.

After New York’s Democratic primary was canceled in April, a judge ruled it was unconstitutional and a new date was set for June 23.

Considering that the state is still in the middle of the reopening process, with New York City just beginning Phase 2, it’s believed there will be record low turnout numbers at polling places in the Empire State.

In an interview with WCBS 880’s Michael Wallace, Wall Street Journal reporter Jimmy Vielkind explained while turnout could be low, there were many who already submitted mail-in ballots.

He says 1.75 million New Yorkers have asked for absentee ballots for this year's elections and notes that this primary is even more unique because of what is at stake. In the competitive 2016 Democratic Primary, New York State counted 115,000 absentee ballots.

“We know that roughly 2 million Democrats voted in 2016 when that party last had a presidential primary. But the state has never held this exact combination of elections on the same day. Normally, the presidential primaries are in April and primaries for state and local offices are held on this date in June,” Vielkind said.

He explains that it’s not clear yet how absentee ballots will affect voter turnout, but presuming those who submitted for an absentee ballot mailed it back, this primary could take days to determine.

“It's going to take until at least July. State law requires that Boards of Elections wait at least seven days before they even start opening the ballot they received, that's to give people time to have their ballots arrive by mail and it's designed to protect voting integrity, especially for people who are maybe in the military and stationed overseas,” Vielkind said. “The spokesman for the State Board of Elections, John Conklin, told me today that he thinks with some close races it could take until least the middle of July before a winner is declared.”

Susan Lerner, with Common Cause New York, said people are just going to have to be patient.

"We've got to adjust our expectations that we may not know the results of most races on Election Night," Lerner said.

Some are still voting in person and that hasn't been without its own problems either. Reports were popping up across the city of late-arriving poll workers, malfunctioning machines and voters not receiving both the local and presidential ballots.

In terms of must-watch races for Tuesday, Vielkind says he is always interested in seeing the “relative strength between progressive insurgents and the more moderate establishment among Democrats.”

He notes that a good measure of that would have been between Bernie Sanders and Joe Biden had Sanders not conceded in April and then endorsed Biden’s campaign.

"One close race to watch is Jamaal Bowman's challenge to congressman Eliot Engel, that's in parts of the Bronx and Westchester County, and there's also a series of races for the State Assembly in northwestern Queens, where you have candidates backed by the Democratic Socialists of America and then incumbents backed by traditional party committees,” Vielkind said.

Polls in New York will close at 9 p.m.