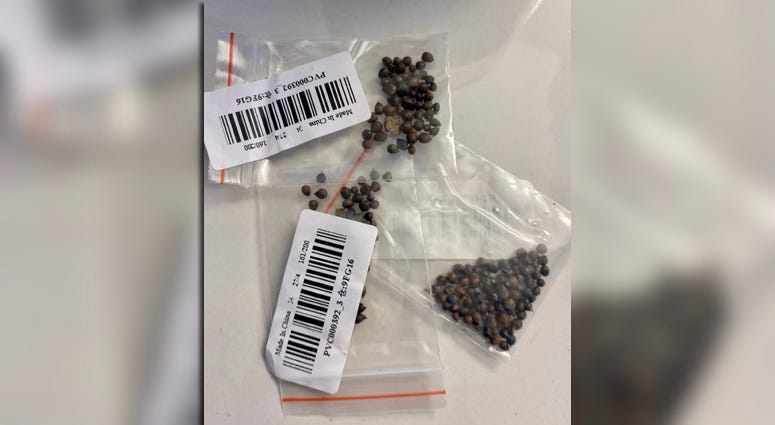 NEW YORK (WCBS 880) — Agriculture officials in New York are warning residents against opening or planting mysterious packages of seeds that have been popping up in people's mailboxes all across the country in recent weeks.

The unsolicited shipments, mostly postmarked from China, are marked as containing jewelry or other items, but actually contain various unmarked seeds.

Among those who received the seeds is Kelly Ford, host of "Kelly Ford in the Morning" at New York's Country 94.7.

Ford tells WCBS 880's Steve Scott that she set them aside on her kitchen counter before going on vacation and didn't think anything of it because she had ordered seeds for her garden back in May.

"So I'm watching the news the other night and I see a picture of my little seed packet and I'm like 'Oh my God, these are the seeds.' Identical bar codes, all the markings and that's really how I discovered I had them. They've been laying around under my kitchen shelf for about two and a half weeks," Ford said. "The ones I got were teeny, little, almost look like miniature apple seeds and I got three packets of them. Thank God I didn't just plant them." 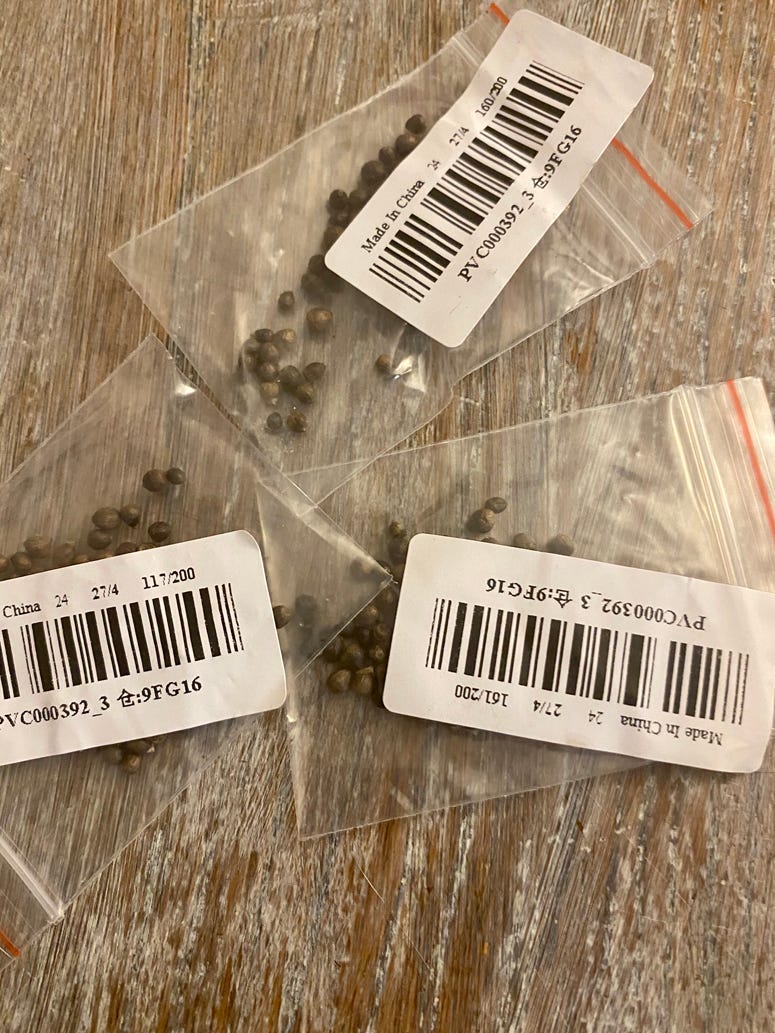 Ford says the weirdest part of the story involves her cat.

"A couple of times my cat, who does not get on the counter, had gotten up on there and dug under the shelf to get at these. So there must've been some sort of scent coming off them that attracted him," she said.

Ford contacted state agriculture officials and was asked to mail them the sealed packages for investigation.

The U.S. Department of Agriculture says that at the moment it does not have any evidence indicating this is something other than a "brushing scam," where a seller sends unsolicited packages and posts fake customer reviews to boost sales.

"USDA is currently collecting seed packages from recipients and will test their contents and determine if they contain anything that could be of concern to U.S. agriculture or the environment," the department said.

The USDA is working closely with the Department of Homeland Security’s Customs and Border Protection and other federal and state agencies to investigate the seeds.

The NYS Department of Agriculture and Markets said any residents who have received one of these packets should mail the seeds, the original packaging, contact information, and any relevant additional details to the USDA at:Office of the State Plant Health Director of New Yorkc/o Christopher Zaloga500 New Karner RdAlbany, NY 12205

The department says seeds imported into the country are tested to ensure quality and prevent the introduction of invasive species, insects and plant diseases.