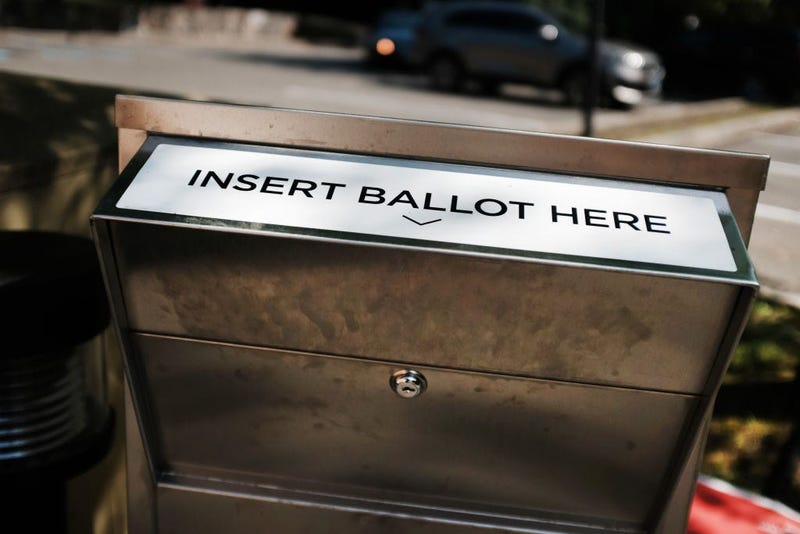 TRENTON (WCBS 880) — New Jersey lawmakers approved a bill on Friday to expand access to drop off ballot boxes as they prepare for a vote by mail election.

There will be at least 10 drop boxes in every county and voters would have an extra month to send in ballots.

Democratic supporters say it's about protecting the public's health during a pandemic and that voting by mail doesn't favor one political party.

Though, Republican Assemblywoman Holly Schepisi thinks the plans smells of hypocrisy given the things you are allowed to do in person in New Jersey, like go to a casino or the Motor Vehicle Commission.

“Yet they are saying that somebody can't walk into a voting machine for a minute or two and safely vote? It’s nonsense,” Schepisi said.

She called Murphy’s directive “a political decision being masked as a safety issue” and used criticism of changes at the Postal Service as an argument for retaining in-person voting.

Schepisi also says voters will be confused by the changes during the election.

Registered voters can still cast their ballot in person, but the ballot will be provisional.

Uyen Khuong, executive director of the nonprofit Action Together New Jersey, says provisional ballots are the most secure way to cast a vote during the pandemic.

“If we do it by provisional ballot and that's not canvassed until after all the mail in voting is, that's secure, that's' the security stuff,” he explains.

If an in-person ballot is counted before the mail-ins, people would be able to vote twice, which is what the state is trying to avoid.