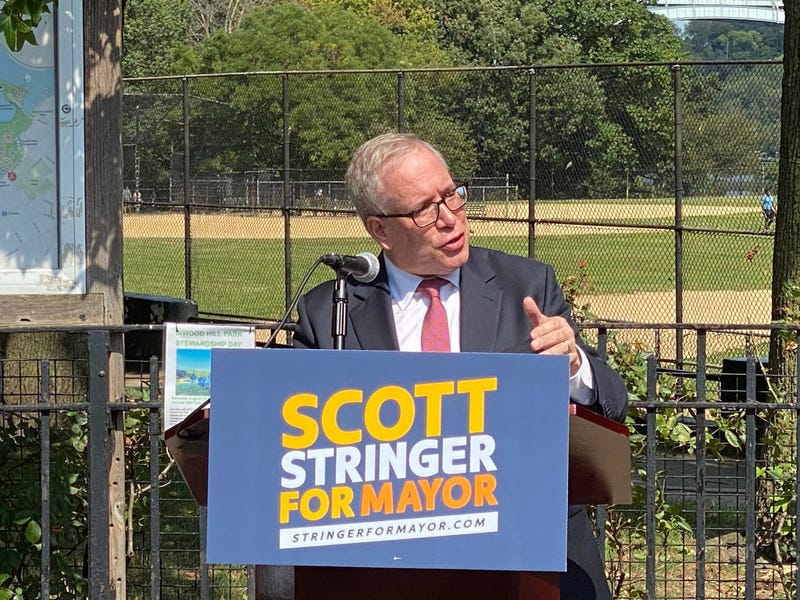 Stringer set his eyes on Gracie Mansion, hoping to win next year’s election to succeed Mayor Bill de Blasio when his second terms ends in 2022.

“We stay, we fight, and to the neighborhoods that have been knocked down, to the people that have been priced out, for the children who are our city's future, I'll bring leadership back to City Hall, and together, we will build a city for everyone,” the comptroller said during a morning press conference.

We’re about to make a major announcement about the city’s future. Join us! https://t.co/yB7zCDjJ3v

Stringer said he knows the struggles of everyday New Yorkers, being that he was born and raised in Washington Heights.

He also touched on the coronavirus pandemic, which is still ongoing, and said the crisis has driven him to get the economy and small businesses back up and running. He noted that the pandemic hit particularly close to home.

“If I needed a reminder that we are in fact all in this together, and that our fates and futures are bound up together, among the more than 20,000 New Yorkers who lost their lives to the coronavirus, one of them was my mother," Stringer said.

Though currently serving as the city’s comptroller, Stringer is a veteran politician who previously served as an Assembly Member for the Upper West Side and Manhattan Borough President.

The news of his official run came on the same day that New York City Sanitation Commissioner Kathryn Garcia resigned from her post, as rumors circulated that she may be considering a mayoral run.

City Council Speaker Corey Johnson is also expected to announce a bid for mayor, though he has yet to make a formal declaration.