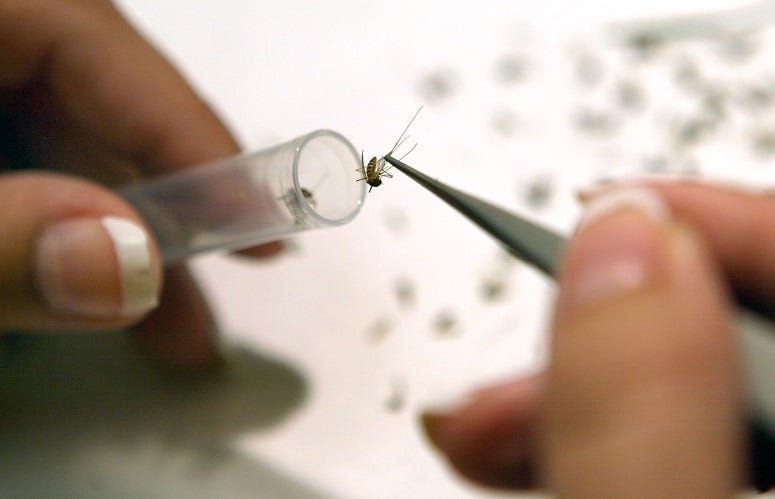 Two people from Queens, two from Manhattan, one from Brooklyn, and one from Staten Island were diagnosed with the mosquito-borne disease in 2020.

Health officials say one person from Manhattan is believed to have become infected while traveling.

All six patients were hospitalized. One person, who was over 65 years old, has died, marking the first death from West Nile virus infection in New York City since 2018. The others have since been discharged.

"We mourn the loss of a fellow New Yorker and urge everyone to take simple precautions to keep themselves and their families safe from mosquito bites," said Health Commissioner Dr. Dave Chokshi. "When outside, wear mosquito repellent, cover your arms and legs, and discard standing water and install window screens to reduce your risk."

Last year, 10 people in the city were diagnosed with West Nile virus.

The health department, in a press release, said the number of mosquito pools testing positive for West Nile virus in the city this season is 413, which is 15% more than last year. Spraying will continue through the end of the season.

In individuals over 50 or with a weakened immune system, West Nile virus can cause severe illness, including meningitis and encephalitis, sometimes resulting in permanent or long-term complications such as muscle weakness, fatigue, confusion and depression. Others may experience milder symptoms, which include headache, fever, fatigue, and rash.

New Yorkers are encouraged to report standing water by calling 311.